Give the new BBC iPlayer a go today

You don't need to wait to use the new version of the BBC iPlayer, you can give it a go by clicking here: BBC iPlayer version 2.

You can watch a video Introducing the new BBC iPlayer too. 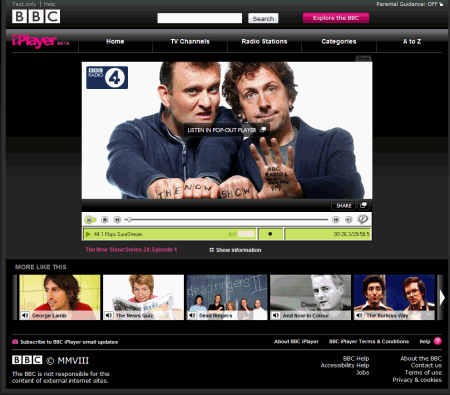 There are lot of new features:

Help with Outside the UK?
In this section
CommentsYour comment please
site development by Twelve Winds Consulting Ltd