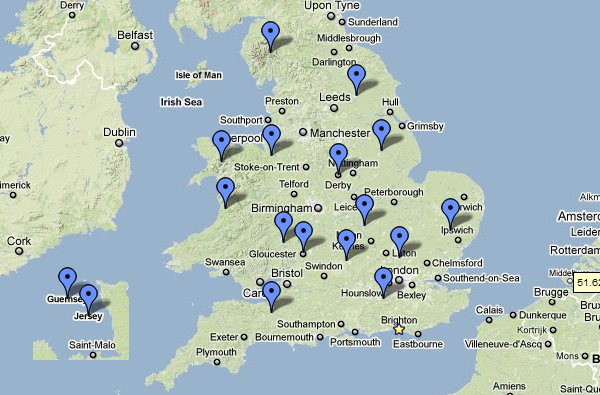 Briantist's 38,844 posts
N
Nedbod
sentiment_satisfiedGold
10:27 AM
So where is the money coming from then, if the BBC licence fee is not to be increased for 5 years and it now has to pay for other services. The figures simply don't add up, do they. Also materials and transport/petrol/diesel/oil costs have increased dramatically recently, surely this must have a knock on effect. Is the race to go fully digital worth all this expense when at the end of the day we end up with lower quality broadcasts (with more programmes in mono that were previously in stereo in higher audio quality heard in fewer locations).

Briantist's 38,844 posts
D
dave griffiths
10:25 AM
D.A.B BLOCK 12A in scarborough is un receivable(unless you have an external dab aerial, still quite low in sig.)since digital 1 (11D)&BBC National dab (12B)appeared on olivers mount local transmitter for scarborough in 2007/08.
Prior to this 12A MXR Yorkshire was a good signal in this area,even in door coverage, the reduction in signal on 12A is soley down very poor channel allocations,that the 2 national multiplexes interfere with the local one. This a right mess!

Big Dave's 42 posts
M
michael
sentiment_satisfiedGold
11:35 PM
Goddards free-to-read summary is of relevant interest, and would seem to reflect the current state of play. I would be happy to see DAB really equal FM, but a "coalition-compromise" may currently be a more realistic expectation, especially for local and commercial radio. DAB may have to settle for mainly national SFNs, at least for this decade.

michael's 857 posts
Briantist
sentiment_very_satisfiedOwner
7:50 AM
Nice to see the Luddites can sort out a book.