As the last part of the changes to the transmitter coverage area maps, I have now moved the TV regional maps to the new format.

This change now means that all of the maps are being provided from a Amazon AWS server "in the cloud", which should allow the main server to provide pages more quickly.

Here are some examples. 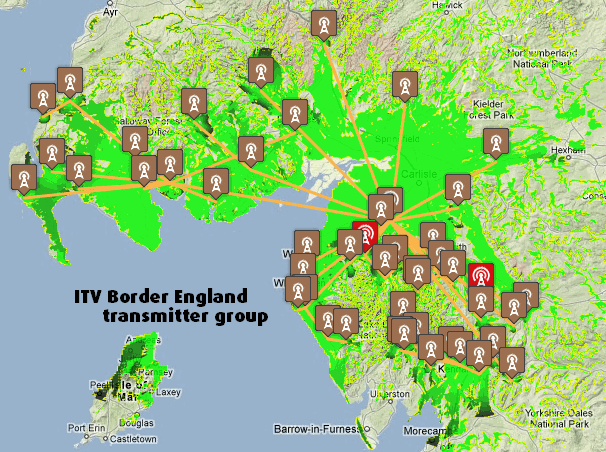 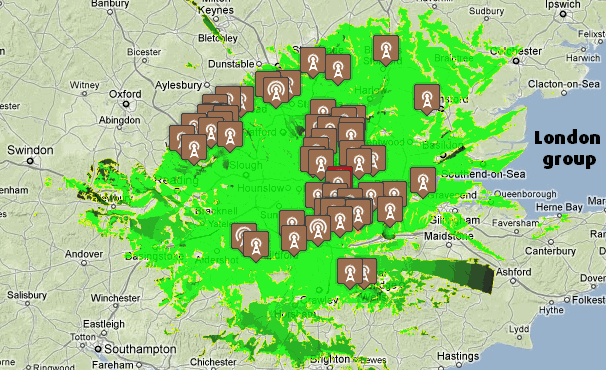 And here is Rowridge (and relay transmitters)

All questions
[][][
In this section
Comments
B
Barry
10:19 AM
I am thinking about buying a Freesat box but don't want the satelite dish in a prominent position on the wall of my house. Waht is the maximum distance the dish can be from the box?

Barry's 2 posts
J
jb38
sentiment_very_satisfiedPlatinum
11:15 AM
Barry: It would have been of assistance to know what you had in mind, but in general terms provided that a good quality cable is used (CT or WF100) then you shouldn't have any great problems with cable lengths of 50m or so, and in most cases even possibly much longer.

Although I would suggest that if you do have distances like that (or more) in mind you opt for the slightly larger Sky zone 2 dish as is used in North of the border installations as it gives just that little bit extra gain.

Briantist's 38,844 posts
D
dave williams
8:37 AM
Neston
hi
I have a question with regard the new freeview maps,My postcode is CH64 0SH and am trying to get North-west TV ,the old system showed Winter hill as a possibly ,the new ones only show Storeton ,and my house is JUST outside the coverage area,it shows some houses that are in my road as green some not,so how accurate is the coverage area,and will it be Storeton England transmitted to this area ?
many thanks

dave williams's 2 posts
K
KMJ,Derby
sentiment_satisfiedGold
9:29 AM
dave williams: The Digital UK postcode checker predicts that you should be able to receive signals from Winter Hill and The Wrekin at your location. To obtain more accurate information click on the Digital UK link, then change the address to include your house number. Remember that no reception predictions are 100% accurate as the data used does not include specific local obstructions such as trees or tall buildings and also cannot include local interference problems not attributed to broadcast transmitters. Storton Wales is shown as having variable reception, there is no prediction for Storton England.

KMJ,Derby's 1,811 posts
Dave Lindsay
sentiment_very_satisfiedPlatinum
10:17 AM
dave williams: The issue this site has with respect to accurate prediction of coverage is that the powers that be won't release the radiation patterns for a whole host of transmitters, including Storeton.

A radiation pattern gives an indication as to the level of signal that will come out in each direction.

The calculation for the coverage therefore probably assumes an omnidirectional pattern which Storeton is not:

This probably explains why nothing is shown at all for Storeton (Granada) by the Digital UK Tradeview system at your location, not even a "poor" prediction.

I also see your problem as I had a look at Google Streetview of your road! The tall aerial masts tell the story and Stratford Road is even lower down than West Vale.

Your area is predicted to get excellent reception from Moel y Parc, but as you are in England would like to watch English TV.

Dave Lindsay's 5,724 posts
D
dave williams
7:25 PM
Neston
Dave Williams:
Thanks for your comments Yes Moel y parc is literally line of site (can see lights of masts at night)and signal strength is very good,But would like to see North-West TV ( did have Wrekin as analogue TV before DSO ,but with POSSIBLY of Local TV in future would local Storeton relay or Winter hill be the best to try for .Thanks to all for help .

dave williams's 2 posts
Dave Lindsay
sentiment_very_satisfiedPlatinum
8:00 PM
Dave Williams: I think that Winter Hill is your only possibility of receiving Granada/North West TV. If you are looking at DIYing, then I recommend that you look at ATV Sheffield's website. It's full of lots of information and they sell stuff mail order.

This page is what they recommend for Winter Hill: Winter Hill Transmitter (LL115UN)