Are there any planned engineering works or unexpected transmitter faults on the Sutton Common (Cheshire East, England) mast? 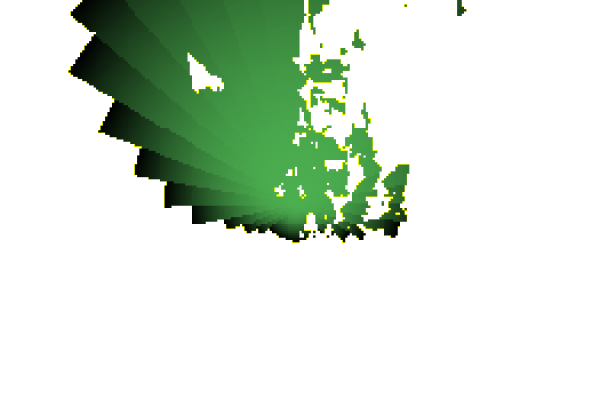 Sutton Common DAB
Comments
N
Nedbod
sentiment_satisfiedGold
3:14 PM
Is this SUTTON COMMON radio tranmitter (broadcasting SILK FM & SIGNAL 1) on the main concrete BT tower or is it the small transmitter next to it ?

Nedbod's 619 posts
Dave Lindsay
sentiment_very_satisfiedPlatinum
3:57 PM
Nedbod: I should imagine that it will be on the concrete tower else the tower is going to block reception in one direction.

These show that that Silk FM's aerial height is 58m and Signal One's is 55m.

Dave Lindsay's 5,724 posts
N
Nedbod
sentiment_satisfiedGold
11:44 AM
Nedbod: Funny you should say that Dave as indeed the tower does seem to block Silk FM reception when you are in locations where the little chap is hidden (e.g. Gradbach), so it may well be that Silk FM is on the little chap after all and not the tower. The little chap is on the Macclesfield side of the tower which would tie in with the coverage map above.

Nedbod's 619 posts
Dave Lindsay
sentiment_very_satisfiedPlatinum
12:04 PM
Nedbod: The aerial heights would tend to suggest that the radiating antennas are not on the small mast.

They are directional, and in particular do not give out much to the east.

Dave Lindsay's 5,724 posts
A
Aerialanm
sentiment_satisfiedSilver
3:05 PM
Up until recently i was receiving a reasonable FM signal of 106.9 Silk FM,even in South east Shropshire.
However since the increase in power of the Manchester DAB Multiplex at the Sutton Common site,the FM signal is almost non-existent!
I wonder if this is a deliberate measure,as the
signal seemed very robust over a larger area,for a mixed polarized 150 watt transmitter.Be interested in any similar stories?

Aerialanm's 137 posts
A
Aerialmam
sentiment_satisfiedSilver
8:38 AM
According to 'Radio Today'dated 30/11/12,there has been a power increase at Sutton Common for Silk FM 106.9.Both horizontal/vertical powers have been increased to 200 watts.
Before the change,i was able to receive this radio station with a good 3 element VHF/FM aerial,positioned horizontally and mast-head amplifier.This resulted in reasonable stereo sound and RDS 'pick up',however,now the signal is almost non-existent!
I'm guessing that most of the power increase is sent north to South Manchester where there is a larger potential listenership.

Aerialmam's 137 posts
J
J Richards
3:37 PM
I am trying to receive Digital Radio BBC 4 and BBC4 Xtra in Rushton Spencer SK110SE. Which digital transmitter will send this signal ? Is it Alsager Bank or another station. Do I need a tall mast to to get these stations? Which transmitter send FM signals to Rushton Spencer?

J Richards's 2 posts
M
MikeB
sentiment_very_satisfiedPlatinum
6:30 PM
Macclesfield
J Richards: Just put your postcode into the site, and there should be a link to the DAB coverage site.

Frankly, just try it. DAB radios just tune themselves in - so if you can get it, then you'll get it. True, you might get a rubbish signal, but it does depend on where you are in the house, if the washing machine is on, etc . You can improve the signal by using a bigger aerial, but until you've given it a try, you will not know what baseline your operating from.

Looking at the predictor page https://ukfree.tv/radio/p…tion - you look to be on the edge of reception of some of the transmitters.