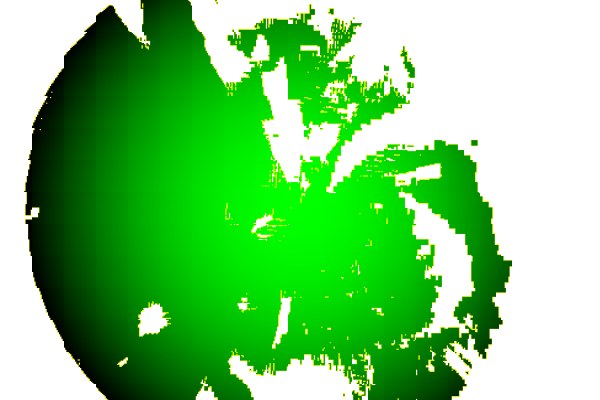 Are you trying to watch these 0 Freeview HD channels?

The Black Mountain (Northern Ireland) mast is not one of the extended Freeview HD (COM7 and COM8) transmitters, it does not provide these high definition (HD) channels: .

Radiation patterns withheld
Comments
S
Souriau
3:35 AM
What power output will this Black Mountain transmitter will have for the Digital RTE Mux

Souriau's 3 posts
M
Mike Dimmick
sentiment_very_satisfiedPlatinum
5:22 PM
Souriau: We have absolutely no idea. Ofcom haven't published that information yet. The RTE multiplex is not yet licensed. The digital switchover plan does not show any frequencies allocated to this multiplex and that would be where we would expect to find the information.

It looks like it will be broadcast using DVB-T2 in 16QAM 1/2 mode, and therefore you will need a Freeview HD receiver, even if the stations transmit in SD to begin with. They will probably use MPEG-4 AVC/H.264 as that's what's used in the Republic.

The latest we have is at Digital Television - Technical guidance on the availability of TG4 in Northern Ireland after digital switchover .

Originally this Mux was planed for Divis, Brougher, Black Mountain, and Carnmoney Hill.

However, there seems to be confusion all round now as this press release Mike has linked to above only mentions Brougher, Black Mountain, and Carnmoney Hill. Is this simply an error, or have they dropped plans for Divis ? I had assumed that Black Mountain was going to be this low powered relay that covers west Belfast.

However, if this transmitter is goung to cover all of greater Belfast, then it's going to have to be at a far greater ERP than 5 wattts.

Briantist's 38,844 posts
M
mr v johnston
9:09 AM
Does the regional channels switch onto digital on the 10th oct as i cant recieve these channels yet,only with the new digital aerial i put up.i live at hannahstown on the black mountain ,or do i need a sateilite dish put up.

mr v johnston's 1 post
Dave Lindsay
sentiment_very_satisfiedPlatinum
11:55 AM
mr v johnston: At the first stage of switchover (10th October), BBC standard definition channels go on full power from pre-switchover transmitters such as Divis and they become available from relays such as Black Mountain for the first time. On 24th October the other digital channels become available.

If your main aerial points to Black Mountain then you probably know that it does not broadcast Freeview now. It will also only carry Public Service Broadcaster (PSB) channels after switchover. These are BBC standard definition TV, BBC high definition TV, BBC radio, UTV, UTV+1, UTVHD, ITV2, Channel 4, Channel 4+1, Channel 4HD, E4, More4 and Channel 5. Existing aerials on Black Mountain are expected to work after switchover as all channels are in the current analogue group.

Those who cannot receive from a full-service transmitter (which amounts to about 8.5% of the population) and rely on a PSB-only relay will only have access to PSB channels.

You refer to a "digital aerial". You must be receiving from another transmitter, presumably Divis. This will carry the full complement of Freeview channels after switchover, so you may wish to retain it for this purpose.

Aerials aren't designed specifically to pick up analogue or digital signals. In some cases different aerials are required due to different channels being used or perhaps lower power (weaker) signals).


Reception of RT/TG4: There is a potential added complication if you would like to receive RT and TG4, if you are in an area where they can be picked up. If you have another aerial pointing to a transmitter located in the Republic, then you should be OK with that.

However, these channels will also be broadcast from three Freeview transmitters in Northern Ireland, this being the "NI Mux".

The NI Mux will be broadcast on high power from Black Mountain rather than Divis. It will be horizontally polarised unlike the other Black Mountain channels which are vertically so. The reason for this is because it is principally intended to serve those who receive from Divis. With the two transmitters being close together, the angle between the two is slow small for those at a distance (e.g. for those in Belfast) that a single horizontally polarised aeial will work for both.

If you are in an area where Black Mountain isn't that far off the bearing for Divis, then the single aerial may work for both. If they are in different directions you may wish to try reception of the NI Mux using the horizontal Divis aerial (even though it faces another direction).

If a different aerial is required for Divis and for the NI Mux from Black Mountain, then your existing Black Mountain aerial should work if you change it to horizontal. You can combine the signals from two aerials using a diplexer (providing the channels used by each transmitter suit this setup):

The NI Mux from Black Mountain will be on C39. Divis' channels will range 21 to 29. There is the potential (if the powers that be so decide) that in the future there will be a multiplex on C36 from Divis and two others in the range 31 to 37. For this reason a diplexer that "splits" at C36 would inhibit reception of that channel. The one that splits at C38 would allow it, but the neighbouring channels C37 and C39 will be attentuated. As the NI Mux from Black Mountain will be much higher power than the vertically polarised PSB channels, this may not be an issue.