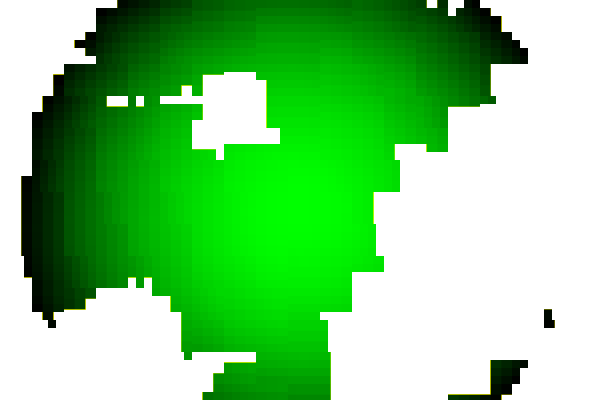 The symbol shows the location of the Carnmoney Hill (Northern Ireland) transmitter which serves 21,000 homes. The bright green areas shown where the signal from this transmitter is strong, dark green areas are poorer signals. Those parts shown in yellow may have interference on the same frequency from other masts.

The BBC and Digital UK report there are no faults or engineering work on the Carnmoney Hill (Northern Ireland) transmitter.

Which Freeview channels does the Carnmoney Hill transmitter broadcast?

Which BBC and ITV regional news can I watch from the Carnmoney Hill transmitter?

How will the Carnmoney Hill (Northern Ireland) transmission frequencies change over time?

• Breakfast ◊ Weekends ♦ Friday night and weekends † Weekdays only. Carnmoney Hill was not an original Channel 3 VHF 405-line mast: the historical information shown is the details of the company responsible for the transmitter when it began transmitting Channel 3.

Briantist's 38,844 posts
T
Tim
12:32 PM
Why is Carnmoney not getting the same number of DTV channels as Divis? Are there future plans beyond 24th October 2012?

Tim's 4 posts
Dave Lindsay
sentiment_very_satisfiedPlatinum
12:41 PM
Tim: No, Carnmoney will remain "Freeview Lite". This is because the Commercial broadcasters (those that won't be transmitting from Carnmoney Hill) don't consider the expense worthy of the return.

The achieve 90% coverage of the population from 81 of the largest transmitters (largest by viewer population). There are over 1,000 small relays like Carnmoney and these serve about 8.5% of the population. The cost to the Commercial broadcasters to transmit from these relays would roughly double their cost of transmission and this, they decided, isn't worth it.

Peter Henderson's 240 posts
T
Tim
12:53 PM
Thanks, Dave and Peter. I chatted to Digital UK and they say that things might change for my location during switch-over as Divis' transmission power is to be boosted by 10 times. This morning, I was certainly picking-up the same BBC DTV channels from two different muxes. Here's hoping!

Tim's 4 posts
M
mrdtv
sentiment_satisfiedGold
1:02 PM
Tim: Transmission power from Divis went up from 2.3kW to 100kW on the BBC SD channels this morning, which is 43 times yesterday. If you are getting two BBC muxes check their frequencies, Divis BBCA is E27. Carnmoney is E46. If Divis is good get a new aerial.

In and around Kings Park Divis reception appears to be fine, post DSO, along with the NI mux from Black Mountain, according to Digital UK's postcode checker. Along the Dough Road it would appear to be very poor, and doesn't improve until you get up as far as the Manse Road, so you never know until you try.

I'm in Jordanstown and the BBC A multiplex is excellent after the power increase yesterday. I'm also receiving Carnmoney Hill off an RTE aerial (Clermont Cairn) at reasonably good strength, despite analogue reception being poor.

Then again, I can see the Carnmoney Hill transmitter from my bedroom window !

Peter Henderson's 240 posts
P
Peter Henderson
sentiment_satisfiedSilver
12:47 AM
P.S. Divis would also appear to be O.K. down around the Abbot's Cross area and Rathcool, post D.S.O.

Peter Henderson's 240 posts
G
Gail
1:08 PM
I am in Kings Road, newtownabbey. I retuned my digital TV on the 10th and all was fine, am getting good picture on BBC channels. Last night 11th Oct a few time when I switched the TV from Analogue (was watching ITV) back to digital I got no signal message and had to re tune every time to get the channels back. Is this normal.