Read this: Sky's roving reporter tries to down BT Sport in whirl of rotor blades - Rob Bagchi - Football - The Guardian 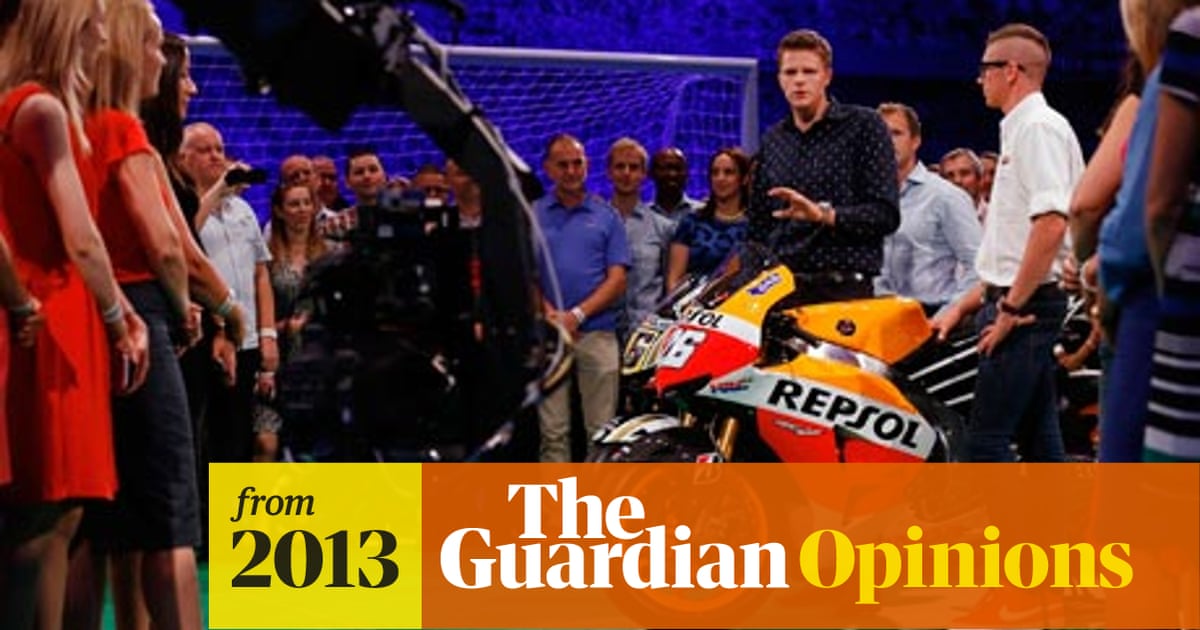 Summary: She paid for her selflessness and gallantry with her life but her sacrifice ensured that the 20 million people listening to the Ambridge conflagration on the Light Programme were not watching Independent Television's launch. Sky Sports News gave itself an 11-hour start on the broadcaster's new rival with White opening proceedings at 7am in radiant sunshine on a balcony at company HQ in west London, the presenter seemingly more enthusiastic than ever. If at times this seemed to involve frequent strolls down vibrantly painted brick corridors, thrumming commercial-scale drying machines and displays of formation lawn-mowing there was the occasional scoop, none bigger than Doncaster Rovers' signing of One Direction's Louis Tomlinson on non-contract terms. - theguardian.com