Ofcom - our previous figures were wrong

In an admission of error, Ofcom has removed half a million from the figures it stated for the figures to March 2006.


Ofcom has released the figures of the number of homes using both analogue and digital television, making substantial adjustments to the previous figures it published. 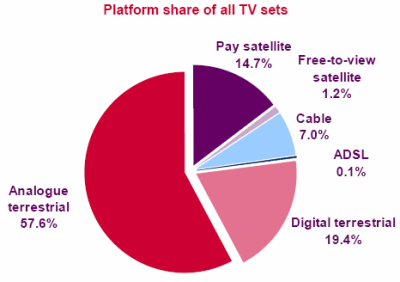 As many people who buy a Freeview box use it to replace an old ONdigital or Freeview box, the old box goes onto the second set, and now there are over five million second TVs with Freeview, which is five times the number of people who have Sky Multiroom on a second TV. 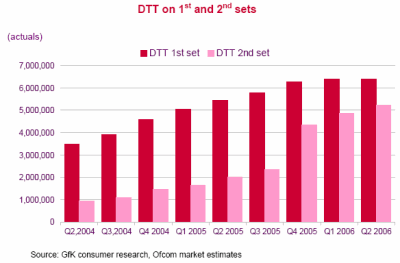