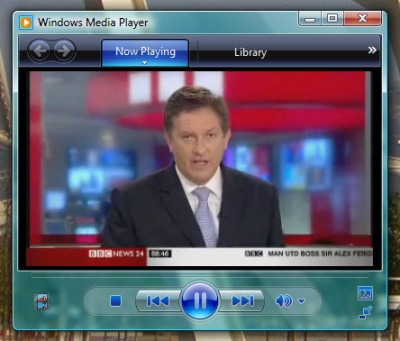 Help with Outside the UK?
[][][
In this section
Comments
K
KALEB HAILU
7:04 AM
Hi BBC, i love all your programmes and my friends criticize me for spending more than 5 hours watching BBC 24, am i addicted to BBC 24? when i wake up from my bed the first thing i do is turn on the television and watch BBC 24? whatever they say i love BBC 24. keep it up!

KALEB HAILU's 1 post
N
Neli
11:42 AM
Do you not have a journerist in Malawi? The country has turned back to dictatorship, freedom and democracy is dead. people are not allowed a peacefull demonstration, shoot to kill policy in action at the moment. Could you please help?

People are angry and the students from university have been teergused today in Blantyre Malawi.

Briantist's 38,844 posts
S
Saleh
1:34 PM
Francis Maude should be asked : did Gordon Brown cause the deficits in US in Ireland in Germany in Greece in Spain etc. did the financial sector crisis have anything to do with the deficit? what were the conservatives saying while people where overspending on their credit cards. the Tories peddle the same story completely unchallenged by the media as well the impotent labour party.

Saleh's 1 post
S
Simon Finney
9:54 PM
Having not watched television news for some months I was appalled by the quality and bias of last nights' 11 o'clock bulletin from News 24 with regard to the Anti Cuts protest. For 15 minutes ALL we heard was that the day had been hijacked by a violent minority and would be remembered more for their actions than the actions of the, considerably larger number of people, involved in the demonstration earlier in the day. This mantra thus played its' part in creating a self fulfilling prophecy! We were presented with recorded footage played on a loop the sole purpose of which seemed, judging from the pieces used, to be to further bias the viewers opinion. Far from questioning the statements of police and officials in the pursuit of a more balanced picture, the report merely accepted these at face value and thus proved to be little more than a mouthpiece for the Government and its' servants, It took a full 20 minutes for any mention of the earlier, largely peaceful demonstration to be made in any context not overshadowed by later events.
I am both appalled and ashamed at the level to which a supposedly independent and publicly accountable organisation has fallen.

Simon Finney's 1 post
S
Scott Mcalister
10:38 AM
Considering your content within the short interview with Darcus Howe this morning your 'mature newsreader' interupted the poor man with an inflamatory suggestion when he was trying to give his opinion ( via his grandsons comments)my family and I were outraged at the disrespectful way she (Fiona)ran roughshod over his thoughts on the riots in London just as he was reaching the point of his and his grandsons opinions which I'm sure would have been considerably more illuminating than her own.. I am a 61 year old White man!!