It finally seems that the old Auntie who you thought was deaf actually turns out to be both listening a lot younger than you thought.

The BBC iPlayer - which the words "much delayed" seem insufficient - was delayed by approvals processes that have involved the BBC Trust, Ofcom and PACT. There had been much consternation among licence fee payers who had chosen non-Microsoft operating systems for their computers with the Windows-only beta product. Given the popularity of Apple computer by "media people" and Linux by programmers, the BBC's committee structures had made a poor strategic decision.

But, as of today, the iPlayer can now use the same Flash video player that YouTube uses so whatever your computer system, if you can use YouTube, you can use the BBC iPlayer. 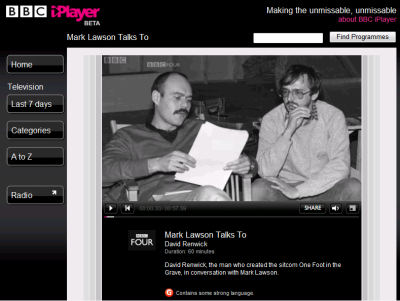 The streaming services mean you can start watch the programmes with immediate effect. If you want to download for later watching (perhaps on a laptop on a train or plane) you can still use the peer-to-peer networks.

What is even better is that the iPlayer content is also now integratable into other services. So you now have a choice: 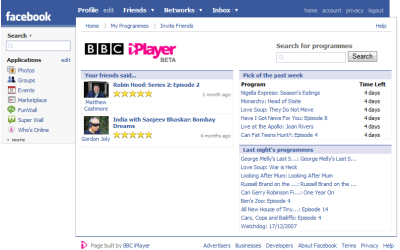