BBC News 24 and BBC World to have new names

From next monday, the BBC News channels will become 'BBC News' and 'BBC World News'.

The new look, with new graphics and titles will also be installed for the BBC regional news programmes. This will match the look already seen on BBC NEWS - News Front Page

It may come as a shock to many, as the UK channel is refered to by most as simply 'News 24', the name it has had since its brightly coloured launch on Sunday 9th November 1997.

The international channel has changed names a few times, starting out (on Thursday 26th January 1995) as the incomprehensibly long BBC World Service Television, before being 'BBC World'. The channel is now almost all news, so the name BBC World News seems quite sensible.

There are quite a few other News channels around the world that have taken the '24' moniker, including in France and Italy.

The new look will reintroduce the animated placenames that were a feature of the titles from Monday 25th October 1999 until Monday 8th December 2003. 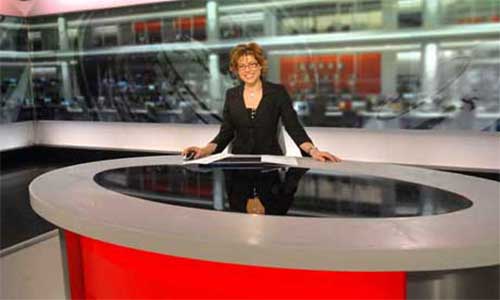 Half a million pounds well spent? What do you think?