BSkyB has confirmed today that it will sell the shares it has in ITV, as per the many and various courts that said it should.


BSkyB's boss James Murdoch seems to have lost £433m of his shareholders money. And £251.5 of that has to be taken soon. Still, he won't be for the chop, will he? 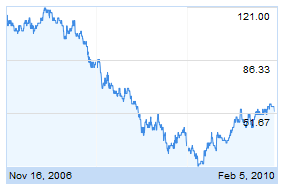 The date that BSkyB must sell the shares by is confidential.

Help with Free satellite?
[][][
In this section
CommentsYour comment please