Just ahead of the week's public spending cuts, it is reported that the Television Licence Fee will be held at Â£145.50 for six years.


This means that the rate of inflation will eat into the value that the BBC receives from each home.

In addition, the radio world service, which costs £272m a year and is currently funded by the Foreign Office out of central taxes, will be taken on by the BBC licence-fee funded section from 2015. 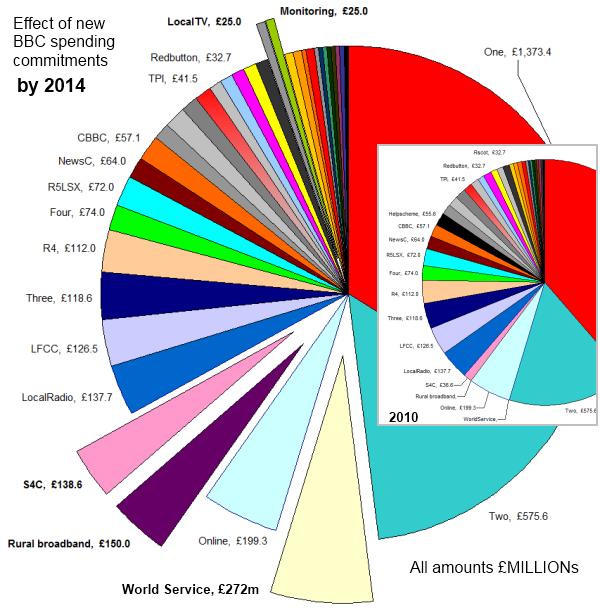 From 2013, £150m a year will be provided toward the funding of fast rural broadband systems. This is the money that was used for the Digital Help Scheme that funds Freeview boxes for the elderly until switchover is complete in 2012, and the funding for Digital UK.

Also listed is a £25m for "local TV", an annual cost of £25m to pay for BBC Monitoring, the BBC international listening operation.

Good news for DAB - the BBC will also underwrite the costs of rollout of the national digital radio network.