Digital Mobile Spectrum Limited (DMSL) is the organisation responsible for ensuring that people continue to receive Freeview TV signals when 4G mobile services operating at 800MHz start. The not-for-profit organisation (formed on by EE, Telefonica O2, Three and Vodafone, passing eventually the successful bidders in the 4G spectrum auction) to comply with the licence condition, and is to be funded by the successful bidders for licences to offer 4G at 800 MHz


The chairman of DMSL, Andrew Pinder, said, "Ensuring Britain's terrestrial TV continues uninterrupted while Britain benefits from 4G at 800 MHz is a huge responsibility. The appointment of a highly experienced leader with a deep understanding of mobile telecoms and complex project delivery is an important step for the successful introduction of 4G on this new spectrum band in the UK". 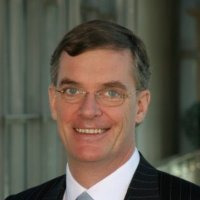 With the switch-over of TV services to digital, a band of frequencies previously used by TV is being made available for new, public, mobile communication services. This 800 MHz band is currently being auctioned by Ofcom to companies that wish to provide 4G services. 4G is a technology that delivers broadband connections to mobile devices.

In certain circumstances, it is possible that new 4G services at 800 MHz could interfere with some existing terrestrial digital TV signals - see How do I know if the 4G broadband will overload my Freeview?. DMSL's role is to ensure that people will receive their existing Freeview TV services when 4G is provided at 800MHz. 4G services operating in higher frequency bands, such as 1800MHz and 2.6GHz, do not have the potential to impact Freeview.

Beresford-Wylie said "I look forward to working closely with broadcasters and mobile network operators to ensure everyone continues to be able to receive their current TV service. DMSL plans to pre-empt the majority of potential interference issues caused by 4G at 800MHz and existing TV services. We're focused on being able to provide anyone who may be affected with the information and equipment they'll need to ensure they continue to receive free-to-air TV."

From 2009 to 2012 Mr Beresford-Wylie was CEO of smart meter company Elster Group, and prior to this, he led the formation of mobile broadband specialist Nokia Siemens Networks as its chief executive from 2007 to 2009, having been head of the networks division for Nokia since 2005.