Tony Hall, the BBC boss, promised first that the licence fee settlement was "cash neutral" and then that there would be no "salami-slicing" of services. So why have overnight TV and radio services been cut? 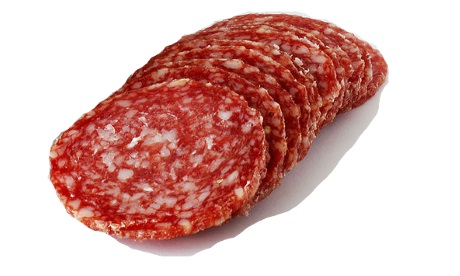 You may recall that the BBC Director General made a speech three years ago saying:

“We decided we'd reached the point where salami-slicing would affect quality and distinctiveness. Rather than seek to preserve a less good version of our past, we decided to focus on what we do best: from drama to taking iPlayer into the next generation.” - https://www.theguardian.com/media/2014/feb/26/tony-hall-bbc-admired-world

It would appear that salami-slicing is back!  Lewis Carnie, the head of BBC Radio 2, spoke to the BBC Feedback programme last week, saying…

“The BBC is under pressure across the board not just  in radio but in television, everywhere,  with the reduced licence fee settlement, successive licence fee settlements, so therefore we have less money to spend. So, we have to make some very tough decisions. We're going to continuously look for efficiencies everywhere we possibly can but at the moment we are cut to the bone, and that is why we have seen a look at on-air content and see how we can be as efficient as possible on-air. 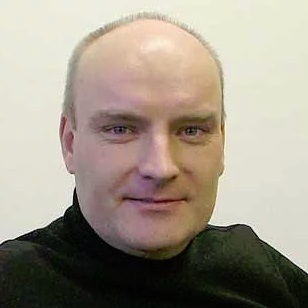 [Roger Bolton] Tell me about something you have cut that that listens have noticed?

Well we’ve rationalize a lot of our specialist music…

It does mean cutting because any kind of programme making cost money to actually deliver so we have to find ways that we can deliver high quality programming that the listeners will want on a sufficient basis as possible. We have to look to deliver to the majority of our audience the program they want.  We reach in excess of 50 million listeners a week, so we put two places where the audience is not high and we had to rationalise that and that seems to be the most sensible way for us to save money so we can still deliver the majority of our programming with an audience clearly want.

[Roger Bolton]  Maybe that’s the case in terms of numbers but the lot of people listen overnight particularly want, need and enjoyed your service and can't get it elsewhere so a live overnight services a public service. Nobody elsewhere is providing that sort of service?

It is indeed but if you look out for when we change overnight services a few years ago we actually cut a chunk of our overnight live programming and introduced high rating programmes that went out in day parts to be repeated the audience actually went up overnight it didn't decrease.

So we are actually was giving people something that they obviously chose to listen to in large numbers than they did when there was live programming in that slot.

We aren’t putting out nothing over-night, what will be doing is with putting out a voice-track programs with a whole range of new presenter, new voices to network.  It's a more efficient way of producing programming there will still be a great choice of music.  A varied choice of music covering all our genres, and we are introducing genre playlists hand created by our own specialist presenters all our genres across the week so they will still be a great offer to listen to.

[Roger Bolton]  There won’t be live interaction that can't be because there's nobody there to interact with?

You’re correct there won’t be.

There were no more repeats there currently are on the schedule at the moment we run repeat every night between 3 and 5.

[Roger Bolton] So when does this all come into play?

It comes into play at the beginning of February.


All questions
[][][
In this section
Comments
P
Peter B
9:19 PM
Was this a manual transcript, or done by voice recognition software ? - It's verging on incomprehensible. Mr Carnie clearly has an aversion to using the word cuts / cutting, and presumably thinks it will sound less unpalatable as "rationalise". We're not fooled by this.

Darran's 1 post
J
Jpurkis
9:36 PM
It seems to me that the BBC is one of those British success stories around the World. Why is it therefore that through cut cut and cuts that someone is trying to hinder the BBC's ability to move that forward and turn it into a small mediocre shadow of its former self.
Compare to a rival like Sky who regularly up the price of their subscriptions and have the freedom to choose what ever direction they want to go as long as you pay for it.
Is this really for the greater good?


Jpurkis's 1 post
M
MikeB
sentiment_very_satisfiedPlatinum
9:56 AM
Jpurkis: Agreed - The BBC has been put in an impossible position, and so is trying to keep as much as possible, but with an ever shrinking amount of resources.

I suspect that cutting its income until its a 'small mediocre shadow of its former self' is actually what they want. Not a bug, but a feature.

MikeB's 2,579 posts
Briantist
sentiment_very_satisfiedOwner
4:27 PM
@Peter B: Yes it was voice recognition software. I am evaluating using it to list alongside the media podcasts in the "Read This" section.

I haven't used unfree.tv for a quite some time now and are a little confused on the current set up.
I posted a comment last week but would like to start a new discussion on Sky Q reliability. Can I still do this without jumping in on another discussion?

Jpurkis's 82 posts
W
Willie Bone
sentiment_satisfiedBronze
8:48 AM
The BBC should have retained its all night live presentation service on Radio 2, the most popular
station in the UK. Overnight live programmes are not only appreciated by night shift workers and
insomniacs alike, it is regarded as part of a distinctive public service outlet, compared to output of
non-BBC radio stations within a deregulating commercial radio sector! The exception being
Radio 3 where 'Through The Night' programmes have always been recorded since Radio 3's
broadcasting hours were extended for overnight listening!
I did night shifts for over six years of my working life & enjoyed live radio presentation as a friend
to help me through many a night! After all, the dj is also sharing the shifts with you!!

Willie Bone's 55 posts
M
MikeB
sentiment_very_satisfiedPlatinum
9:00 AM
Willie Bone: And if they had more money, they might have done. But that costs, and why does the service have to be live?

MikeB's 2,579 posts
W
Willie Bone
sentiment_satisfiedBronze
7:57 AM
MikeB: As previously stated from a listener's perspective: ''I [Willie] did night shifts for over six years
of my working life & enjoyed live radio presentation as a friend to help me through many a night!
After all, the dj is also sharing the shifts with you!''

Some years ago, many listeners used to tune into 'Truckers' Hour', hosted by the late Sheila Tracy for
the same reason. That is, truckers sharing a lonely allnighter with the radio presenter!
A recording cannot capture that mood!

Willie Bone's 55 posts
M
MikeB
sentiment_very_satisfiedPlatinum
11:01 AM
Willie Bone: True, there is nothing quite like a live presenter, but that means a live presenter and a small technical staff, etc have to stay up all night. And you have to pay them to do that, if you can find someone willing to do it.

Unless its a phonein programme, or where you need live information, a recording will be fine for most people.