Ofcom is now reviewing the Ã¢â‚¬Å“keep it freeÃ¢â‚¬Â requirements it put on Freeview. Ofcom seem to think that Freeview viewers have enough channels now to be going on with, and that they wonÃ¢â‚¬â„¢t value any more. 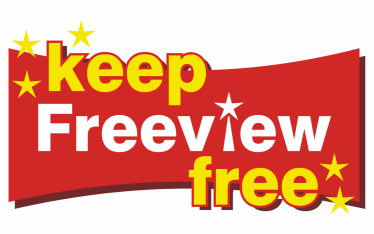 Using the new technologies of the 1980s, large single-screen cinemas were rebuilt and divided into smaller, multi-screened venues. By offering a choice of films and start times the now ubiquitous 'multiplex' reinvigorated the movies.

In digital TV, a multiplex has a different, mathematical origin, but with striking parallels. By using powerful computers before transmission and many simpler computers in each receiver, it is now possible to have many television programmes broadcast where the analogue system delivered only one.

The quantity, convenience and choice of television, radio and interactive services expand four, six or eight times. The quality of picture and audio can be degraded to provide more channels, or increased reducing choice.

However, the broadcasting frequencies are retained from the analogue system. In practice these limitations mean that it is only possible to have six multiplexes to cover the UK, similar to the limit of five analogue channels.

The first (drably dubbed 'multiplex 1') was gifted to the BBC to operate; the second ('multiplex 2') belongs to ITV, Channel 4 and Teletext.

After numbers for the public service, Multiplex A denotes the first commercial multiplex owned by SDN Ltd, with half the capacity for Channel 5 and S4C (the local language broadcaster in Wales).

Multiplexes B, C and D were originally owned by ONdigital and were taken back when it went bust. B was subsequently allocated to the BBC and C and D to Crown Castle (now part of National Grid Wireless) to operate as Freeview.

Among the many reasons for the failure of ONdigital (later ITV digital) were two important ones.

With the co-launched digital satellite service, a newly installed dish for each customer meant that every home had the capability to receive every service. This means that Sky have total flexibility, because whatever they promote, they can provide.

Digital terrestrial TV (just like analogue TV though an aerial) requires no more than a coat hanger to receive everything in some places, and in others the highest quality equipment with still result in nothing. Not only will hills, trees, moving vehicles, but also wind and stormy weather effect the quality and consistency of the signal.

As a Freeview consumer it's already quite annoying to intermittently lose a multiplex of channels, at least you don't have to pay a direct debit for it. But when 40% of your new customers need to get, at their own cost, a new aerial just to get something they think they have paid for already, confusion rules.

The complexity of the patchwork service rendered the pay service uneconomic and unmarketable. So the B, C and D licences were re-issued to Freeview for use for free-to-air services only.

There were several other relevant reasons for the free-to-air requirement. It would have been feasible, but uncompetitive, for BSkyB to reuse their satellite subscription system on the terrestrial system.

A pre-stated policy to replace the analogue system with digital nationwide provoked a winning bid that was free-to-air: 'buy this box and get a choice of free TV'. Another bonus is that Freeview boxes, not requiring the complex decryption equipment, are cheaper.

So, it seemed that subscription digital terrestrial TV was finished. But then, using the only capacity still available, Top-up TV launched using the capacity on multiplexes 2 and A.

Today, the channels on multiplex 2 are now used by ITV and Channel 4 for their free-to-air channels (itv-2, itv-3, itv-4, ITV News Channel, More4 and E4). This leaves Top-up TV with channels mainly on multiplex A.

Ofcom is now reviewing the 'keep it free' requirements on three of the multiplexes: B, C and D. Ofcom seem to think that Freeview viewers have enough channels now to be going on with, and that they won't value any more.

Removing the 'keep it free' would allow Top-up TV to compete for slots on these multiplexes. It is hard to see that the BBC would sublet their capacity (mux B),

Experience suggests that more than one pay-TV system on digital terrestrial television would be unworkable: there are no boxes with more than one decoder card slot, and changing between multiple cards would be unfeasible.

With digital switchover so close, it is a terrible time to suggest that the number of Freeview channels should be reduced. ITV News may disappear again from Freeview without the change, because of the limited capacity.

Free-to-air television is a great service for those who are unwilling or unable to pay for subscription TV. It seems unjust to the great majority to curtail their selection, to provide more choice for those who wish to pay.

Ofcom don't publish the Top-up TV figures, so it hard to judge the economics of the situation.

TV for mobile phones (DVB-H, digital video broadcasting, handheld) can use the DTT multiplexes too. It is possible that these services will not be free-to-air.

Another possibility is the use of off-peak hours to provide premium content, such as pay-per-view movies, but this still disadvantages those people who watch TV at these times.

The worst outcome would be that, following the switchover to digital TV, Freeview viewers would find they suddenly have to pay for channels that had previously been hyped as free.

If you think this would never happen, it did on 1 September 1993 to Sky's viewers.

Help with Television sets?
[][][
In this section
CommentsYour comment please