ITV Boss Michael Grade is looking to make savings at ITV-1 and has said this week that the "current investment [is] unsustainable" for the regional news programmes.

Currently ITV broadcasts 17 different regional news programmes over the 10 "licence regions" and had plans to provide more. Taking the figures from Ofcom: New News, Future News and our own figures for the population of the regions, Mr Grade's statement that there is no link between the region's population and the viewing figures seems to hold water. 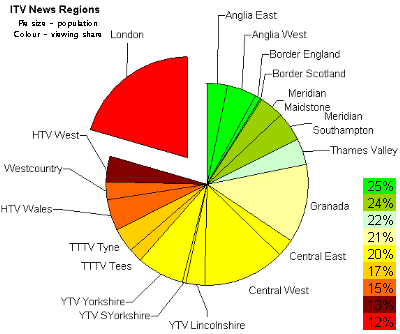 The proposal is to reduce the number of regional news programmes down to 9 over the 10 "licence areas". This means that the four regions that cover more than half of the population already will remain:

The smallest programmes will presumably be merged, perhaps like this:

What do you think of the proposals?

For information, the other ITV regions:

Update: 0935, 14-Sep-07, the National Union of Journalists is launching a campaign to save local and regional news on ITV after the company revealed plans to drastically reduce its regional news output. 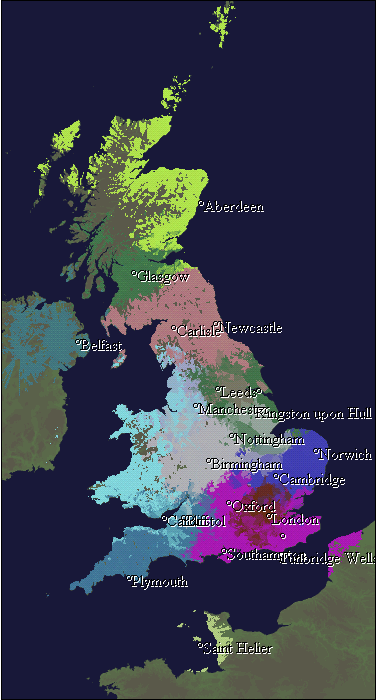 View the data in a spreadsheet

No amount of resources will make the regional news any more local, just LESS local. Grade should have had the courage to just close down the whole damn operation, not provide "regional news" for upwards of 4 million people.

If they did this on a transmitter-by-transmitter basis, this would provide a much more local service and stop the regional and local press going to the wall.

Only by shutting down the current operation and tendering it out can the cost basis be changed...