Just before the turn of the century, popular - with 43.2% of voters - New Labour Chancellor Gordon Brown found 300 million quid to pay the TV Licences for households with pensioners aged 75 or over. The dilemma for Tory Chancellor George Osborne, with 36.9% of the population behind him and cuts to make, is how to live up to a recent manifesto commitment to keep the pensioner benefits? 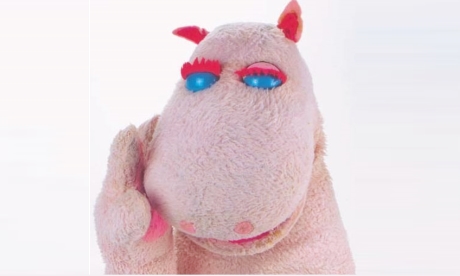 It is very hard to see how this means anything other than keeping the current system.     But what else could it mean?

How much would everyone else licence go up to cover 4 million free pensioner homes?

Let's call the BBC annual income from the fee a round £4bn.   That comes from 26 million homes at £150 each.    £600m comes from the government to give homes with someone over 75 a free license.   If this cost was transferred to everyone else that would mean 22 million homes paying £182 a year, with four million having them for free.

So, that's basically £30 more for everyone else.

What TV and radio services would need to be cut to keep the £150 fee and free over 75 licences?

We've looked at this kind of thing before for the £200m cost of "descriminzation" -  - TV Licence decriminalization: just how much is it going to cost you?

So, pay £30 more, ask the goverment to keep it's promises or drops BBC Radio?


All questions
[][][
In this section
Comments
Ian
sentiment_satisfiedGold
7:29 PM
Anyone over 75 with an income of more than £10,000 has to pay for the licence. How much would that save?

Ian's 497 posts
Briantist
sentiment_very_satisfiedOwner
8:14 PM
Ian: This might be a good question for Radio 4's More Or Less.

I can look at Table 2.1 Number of individual income taxpayers - Publications - GOV.UK and see there are 5.75m taxpayers 65's and over in the current tax year

Seems that perhaps as many as 2.53m of them could be paying tax. But that's a engineer's straight-line estimate.

There are four more issues:

A) Households with more than one over 75 year old only get once licence. That must be the 0.88m difference between the number of over 75s and the number of homes claiming a free licence.

B) How do you get proof of £10,000 income in a way that is cost effective? Do you send a bill to every home and ask everyone over 75 to show how much income they have?

D) What of the commitment to "protect pensioner benefits including TV licences"?

Briantist's 38,844 posts
C
Charles Stuart
sentiment_satisfiedSilver
10:23 PM
I have a very simple and easy solution to the problem of how to pay the over 75s' licence fees: a windfall tax on all the sports that have benefited massively from the inflated prices broadcasters will now pay for TV rights. You might even raise significantly more money than is strictly needed and this could be used in the short-term to plug the gap created by licence fee avoidance (as opposed to evasion).

Charles Stuart's 159 posts
Ian
sentiment_satisfiedGold
11:07 PM
"How do you get proof of £10,000 income in a way that is cost effective? Do you send a bill to every home and ask everyone over 75 to show how much income they have?"

Well the tax office/DWP will know what these people are earning, so it shouldn't be that expensive. It should be per household not per person, so couples would not qualify. On one hand you could give couples a discount, on the other hand 2 people on £12,000 could manage £150 a year. There are a lot of over 75s that have an income over £12,000 a year.

" What of the commitment to "protect pensioner benefits including TV licences"?

The same way the government is removing the protection for children in poverty! just change the way they class "protect"

Ian's 497 posts
F
Fred Perkins
12:28 PM
There's a bit of smoke and mirrors at play in the arguments here.

It doesn't cost the BBC a penny to 'provide' TV services to over-75's. The current basis of BBC funding does however transfer the theoretical 'cost' to what the BBC is entitled to receive from licence fee income.

The BBC has had windfall benefits from the increasing number of over 75's for whom it receives extra benefit. The BBC has also gained substantially from our increased population and therefore (whether under the traditional or probably coming soon household-basis licence fees.

So BBC "licence fee" income has risen quite sharply as a result of nothing the BBC itself has done, nor anything that has cost it actual cash.

As to collecting licence fees from over-75's who 'can well afford it' , even the rabid left Ken Livingston recognised publicly that means-testing would cost much more than it would recover - and he was talking about bus/tube passes, which DO cost the bus operators real money to provide, since they must provide capacity to carry the additional passengers.

Bottom line, it would be politically very unpopular to start charging oldies for what they have used to be getting free, having paid for it for many years.

However, as the politicians get to grips with how to treat the TV tax going forward, the over-75's issue will doubtless be used in the arguments which show that the BBC doesn't really need as much as it has been getting in recent years.

Fred Perkins's 13 posts
Briantist
sentiment_very_satisfiedOwner
1:25 PM
Charles Stuart: The idea of the windfall tax is a great one! However, I would personally prefer such a windfall to be spent on a free personal trainer, gym membership and cookery teacher for everyone in the UK who needs one.

Briantist's 38,844 posts
M
MikeB
sentiment_very_satisfiedPlatinum
4:43 PM
Fred Perkins: I'm not sure there is any 'smoke and mirrors' to this.

Your correct that the BBC broadcasts generally, and therefore there are no special costs associated with the over 75 age group (I notice that Radio 2's Sunday shows, 'Sing Something Simple' and 'The Organist Entertains' seem to have finally vanished). On the other hand, I fail to see what ' windfall benefits' its had 'from the increasing number of over 75's for whom it receives extra benefit' . Extra DVD sales of Last of the Summer Wine?

You are perfectly correct when you say 'The current basis of BBC funding does however transfer the theoretical 'cost' to what the BBC is entitled to receive from licence fee income. ' The cost of the over 75's free licence is paid for by the government out of general taxation, rather than the pockets of the licence holders themselves, but at present the BBC does not lose out - it still gets the money.

But as Brianist has pointed out, George Osbourne has a cunning plan. The Tories are well aware that pensioners were the single largest demographic to vote Tory (and every party is fully aware that pensioners turn out to vote at higher levels than any other demographic) - so Osbourne wants to make them happy by giving them things. And in the way that Osbourne gives things to people he likes by generally taking away money from someone else, he simply wants all other licence fee payers to pay for it instead.

This makes perfect sense to the current government. I've long argues that the Tories would employ a mixture of tactics, but the first would be to 'starve the beast' by refusing to increase the licence fee in line with inflation. In effect, a cut in revenue.

However, you can also burden the beast by making it do or pay for yet more things. The World Service is a quarter of a billion pound cost that also used to be paid by government, and if you add to that the costs of S4C (so we are paying for both the BBC service and its rival) and the money given to the amazingly unsuccessful local TV stations (questions asked by the Public Accounts Committee would be interesting) and the rural broadband rollout (again - why?)

Frankly, I think this is a red line. If governments want to give money to particular sectors of society, thats up to them. But Osbourne wants the BBC to pay for it instead. Thats not fair to the BBC or the other licence fee payers. It seems that I'm expected to spend twenty percent of my licence fee helping to pay for my parents licence. If George Osbourne wants to balance the books by cutting this particular benefit, then let it be, but dont just tip the burden onto everyone else with no discussion whatsoever.

Before the normal nonsense starts about the BBC being a public service, etc, lets put it another way. How would Sky react if the government suddenly announced that all customers over 75 automatically got the basic package free (which many of them did during switchover - paid for by government), and Sky was expected to swallow the cost? I suspect thats not going to happen. So why should the BBC do the same?


MikeB's 2,579 posts
G
GeordieLad
sentiment_satisfiedBronze
11:21 AM
It's time the BBC reverted to a service and standard envisaged by Lord Reith. The bloated BBC now seems to be trying to outdo the commercial TV companies with game shows, "soaps" and related gimmicks without advertising revenue. I say "without advertising" but this ignores the ever increasing advertising for its own programs which make a mockery of scheduled programme times.

I would be more than happy to see BBC channel programming restricted to educational and information services - and not necessarily accompanied by the vast network of "news" reporters and channels which offer considerable duplication. In all, I advocate a radical pruning, root and branch!

I'm having a few problems with your logic.

When he left the BBC in 1936 it ran three radio services, the National Programme, the Regional Programme and (outside the UK, the Empire Service). All of these were mixed schedules of entertainment, news and factual. Listeners could switch between stations to choose programmes, but both would carry all forms of radio.

And, of course, the BBC television service was on air from 1936, some two decades before the first of the ITV franchise came on air. So the BBC was showing drama, game shows and the like long before anyone else.

You might also like to know that promotional sequences to invite viewers to watch other programmes are not adverts. An "advert" is when a third party pays the broadcaster to promote goods and services in return for a payment. I must admit you don't get to see adverts or promos if you watch online.

I'm guessing that what you are trying to says it "show only the things that I watch"?

Also, I don't get what "mockery of scheduled programme times" means, but I use the 28 days window the iPlayer (or longer with Freesat+HD) to watch things when I want!

A vision of public service broadcasting associated with the Scotsman John Reith (1889â€“1971), who became managing director of the BBC in 1923 and declared that it should aim to inform, educate, and entertain (very much in that order). For him, Public Service Broadcasting was based on four principles: firstly, it should be protected from commercial pressures; secondly, it should serve the whole nation, not just urban centres; thirdly, it should be under the control of a single unified body; and fourthly, it should be a monopoly. See also public broadcasting service; quality television; compare commercialization; fiction values.