Are there any planned engineering works or unexpected transmitter faults on the Fareham (Hampshire, England) mast? 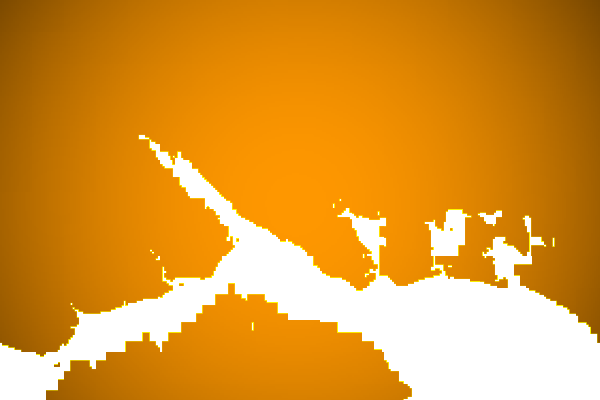 Fareham AM/FM
Comments
M
Mr Mel Watch
3:43 PM
Gosport
Can you suggest how to convince the BBC that there is often a signal quality problem with its AM Radio 5 Live transmissions from the transmitter at Fareham Hampshire. I live probably about 4 miles from the site with an unobstructed view. The symptoms are distortion on the audio but the signal is constant. It seems to happen at random times not necessarily in the evening. I get the same problem on all my radios, portable, fixed to a main long wire aerial and if I am listening to my car radio driving in the area. I posted the problem to the BBC but all I got was instructions on trying aerials which I have already done, but the problem is there on all radios.
I would like to use DAB but the signal is so poor here (post code PO13 0QS) that I cannot use a portable radio downstairs and it is only just bearable upstairs.

I've been having trouble with AM Radio 5 Live from Fareham for about two weeks now. Signal volume is well down with distortion for me (I live in Eastleigh.) It used to blast through.

I thought my lovely old Roberts Radio was on the way out but now I know it isn't.

How one notifies the BBC Engineering people about such things is beyond me. How did you do it as I'll moan at them as well.

I've given up on Dab. I've tried three brands of Dab sets in my house and can't get a signal in my kitchen or living room which is where I do my radio listening.

colin1951uk's 8 posts
M
Mel Watch
8:29 PM
I have still not found a way of contacting the BBC and now the transmitter modulation has dropped considerably.
Mel Watch

You would have to get in touch with Arquiva.
I live 150 metres from the antenna array.
Arquiva are a very good company to talk to, they will check it out in no time and get back to you.

MaX Falstein's 1 post
S
SJ Gale
1:34 PM
I live sort of half way between the Stubbington am mast and the fern barrow mast in Poole - the reception is hopeless once the ionosphere effect takes place. The national ones ( is it start point and Brookmans in London ) is just the same. The fact that our fm is littered with clone crap commercial stations but no bbc radio 5 used to make me angry. I discovered Spotify - re discovered prog rock and gave up on radio apart from the interesting "anorak " stuff re transmitter coverages . Best wishes from a new forest pixie.

SJ Gale's 11 posts
S
SJ Gale
2:09 PM
PS I meant to say I gave up on fm analogue rather than radio itself - and I truly hope my use of the term " anorak " offensive or disrespectful - none intended. Steve Wright the presenter should be credited with its first general use sometime in the early 90s. This stuff is a science and like a lot of everyday stuff which everyone would miss , most folks aren't aware or taught about its importance or relevance. Unless it's in the case of poor Rod Hull when attempting to re direct his Ariel during a soccer match which put tv reception on front page of The Sun comic for a day. For me , DAB is brilliant with its ability of choice but seems more Computer than Radio in respect to twiddling or tuning . Great Site , Thankyou Brian.

FM Analogue is true radio, as is DAB digital - they are both forms of radio transmission. FM radio has few commercial stations whereas DAB has a significant number of them. DAB is a form of digital broadcasting, so has limitations in the range of audio frequencies it can carry, look up the Niquist effect. AM is able to be far better as it can deliver sounds up to around 18 kHz whereas DAB is deliberately limited to 9 kHz. If you want to listen to music with a good range of sound, then FM is better than DAB. In electronics there is a saying that analogue is nearly always right but digital is nearly always wrong. DAB does benefit from a wider range of programming but there are reception problems in several areas and many car radios using DAB suffer from 'drop out' as you drive along, that rarely happens with VHF FM.

The term 'anorak' was in use much earlier than the 90's. it was being used as a fairly derogatory term in the 70's.

One of the main problems these days is that so few actually have any degree of understanding of the complex technoilogies they rely upon for their everyday lives.