The BBC and Digital UK report there are no faults or engineering work on the Knockmore (Moray, Scotland) transmitter. 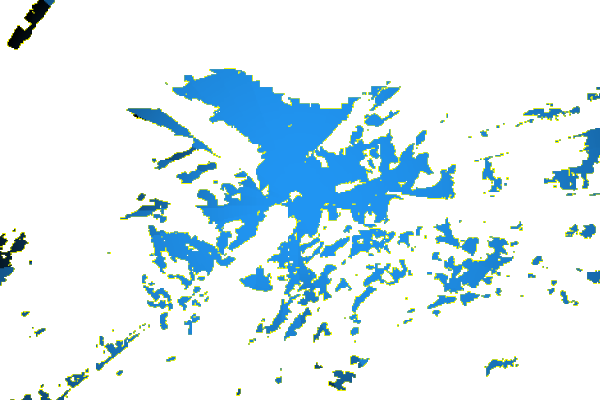 Tom's 1 post
R
Richard Cooper
sentiment_satisfiedGold
7:49 PM
Norwich
Tom: Hi, Tom. Current reports state that Knock More is running normally, which must be at its full power of 5000 watts for the BBC mux,, which is pretty much standard for a high power DAB transmitter. You need to remember that Knock More transmits the BBC National DAB multiplex and Mounteagle the Inverness local mux.
I've checked Mounteagle too, and there are no problems on Mounteagle either,
so if you're trying to listen to a station that is not within this BBC group of stations or the Inverness group of stations from Mounteagle you would have to be receiving it from a different transmitter. Hope this helps. Suggest you try all the usual things: extend aerial, place radio near a window, preferably upstairs, etc. Richard, Norwich.

Richard Cooper's 461 posts
M
Malcolm Johnson
11:34 AM
Elgin
I live in Elgin in the north of Scotland. Post Code IV30 4PA.
Since the Knockmore transmitter changed its channel bands on 23 August 2017 I have had a curious fault on HD channels. (Non-HD channels are normal in all respects) on my Sagemcom RT195 set top box. When viewing HD channels through the box on my TV there is no sound. Any recordings of HD channels the picture is normal but the sound is weak and distorted if present at all. I am waiting information from Sagemcom.
My Panasonic DMR-PWT550 which since the 23 August will not record HD channels at all; My Panasonic dealer, Morgans of Lossiemouth, has had the same problems with his stock and other customers. So I believe there may be a problem with the transmitter. I have contacted Panasonic who have denied there is a problem!
There are no problems with reception of HD channels on my 2 Panasonic TVs.
If you have any clues as to why this is happening I and Morgans of Lossiemouth would be very grateful

Malcolm Johnson's 1 post
M
Mark
4:25 PM
Problems here in Buckie too, since the Channel update. Poor signal on several channels notably Yesterday and Home (have had to add a signal booster to get them at all) but also on others. No change to equipment so put it down to the Chanel changes.

MikeB's 2,579 posts
M
Mark
2:56 PM
Well the alternative here is Rumpster but at this location we've always got a much better signal from Knockmore (up til now at least).

All of (six) DAB radios in my house have been reduced to burbling with occasional bursts of reception for no apparent reason. I have tried re tuning, moving the aerial etc but no joy. Some of the radios have telescopic aerials and others co-axial.

This started about 12 days ago but I see that there are no reported problems? It is as if the signal strength has reduced drastically, FM and LW perfect.

It cannot be atmospheric conditions as they have varied greatly over the past two weeks and the reception has remained poor.

Gary's 1 post
S
StevensOnln1
sentiment_very_satisfiedPlatinum
2:02 PM
Gary: We don't know where you are (please provide a full postcode) however there are no reported problems with Knockmore so local interference seems a likely cause. Have you or your neighbours obtained any new electrical equipment recently, particularly anything with an electric motor?

Bowman's 1 post
G
Geoff Mitchell
9:49 AM
Elgin
My DAB reception sounds like someone gargling. IV30 5SW Reception bad since September. I now listen to
Radio 3 on good old FM. What is going on?
Geoff Mitchell