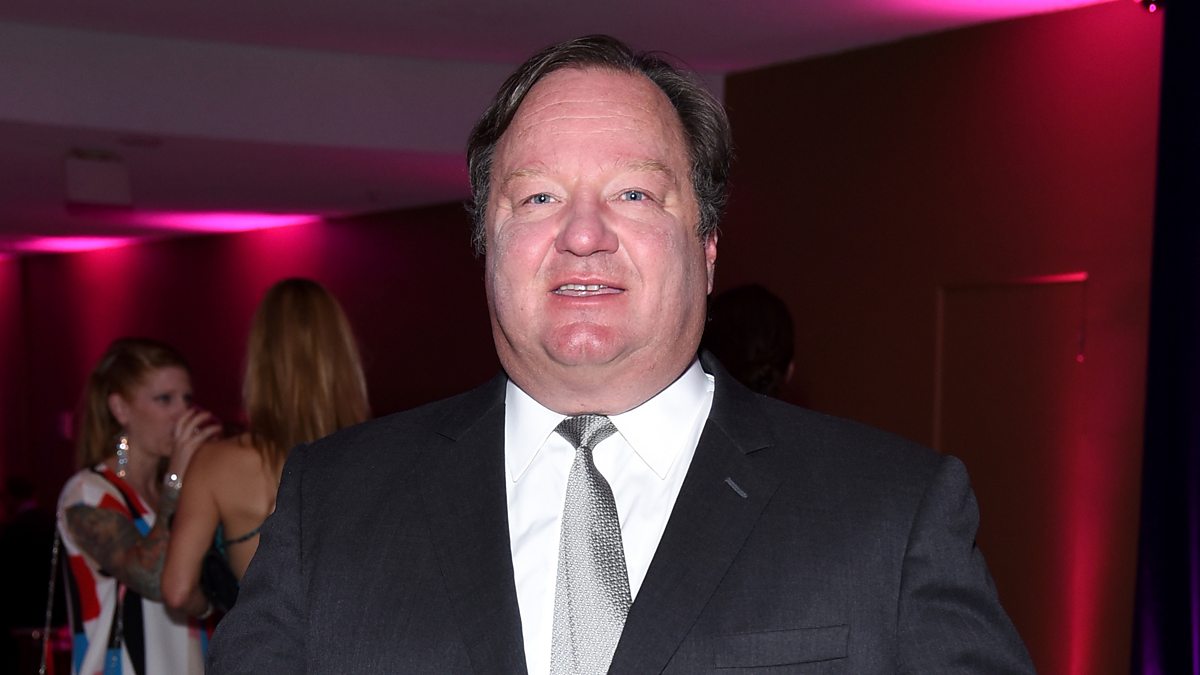 Hello, I'm Andrea catherwood and this is an extra bit of the media show just for you subscribe to the podcast bob back if she's one of the most powerful figures in media.

He CEO of viacom the US conglomerate that owns paramount pictures Nickelodeon and MTV have you weeks ago my caught up with him on a visit to the UK where viacom assets no of course include Channel 5 I asked him what his favourite Channel 5 show well truth, be told since I live in the US I don't have regular access to Channel 5 I do think and I've heard all they haven't seen it this Michael Palin show.

Would you want a career is supposed to be incredible and I think he is a piece of Talent and I'll be asleep or the subject matter or both intriguing and and I know our folks are really excited about and I'm looking forward to seeing it, but I haven't yet viacom get such a huge global brand.

It's mainly known as a content company a disc or perhaps.

I think some commentators was slightly surprised that.

Channel 5 4 years ago what was thinking behind that we go there was an opportunity to materially increase our role in the UK media ecosystem and also only looked at the Brand and its audience composition.

We thought there was a real opportunity to grow with Cher and evolve.

It's composition including increasing its appeal to younger audiences and more upscale audiences and that in turn created not only opportunity growth share, but I actually on a relative basis increased value, so those with the two premises and there's no question sitting here today that are ownership of Channel 5 when combined with a vertical networks and TV Comedy Central Nickelodeon has together transformed our position.

We have a material larger business and are more important to our advertisers it allowed us to do something.

There is also always important.

My camera is what you mentioned which is quite more content and that is I believe Central to the value creation thesis on the long-term value only in Kineton in the form of brands and IP and specific shows content that you can control and evolve into the distribution really important in that's part of what channel 5 hardest to do your job.

This is kind of to predict the future the future of television anyway.

What do you think the television landscape is going to look like in the UK in the next 5 years sober things going on and a bright thing is going on is a gradual shift from linear to on-demand linear still representing the average is well over 3 hours today the largest portion of our consumption in the UK vs.

Like the asphalt consumption is under 20 minutes either 17 figures and but it is growing in importance in in consent.

Consumers when they can get access to what they want sometimes lean forward to a I want to watch you know this now vs.

What's programmed but as that's going on and what were the singers people spending more and more time with contents through more access comes more time.

I'm in that ultimately is the big opportunity particularly for a company that viacom that as you said in your opening remarks is at its core accounting company and that's why we continue focus on increasing our ability to create content whether that's a film content Uno Animo paramount studio whether that episodic video content all around the world including herself and house studio here in the UK and where are ramping up production including in the drama space or RM digital native content which is a new Porsche for viacom under its viacom digital studios division and that goes straight onto.

From slyke YouTube average, social networks as a core distribution me and for it and the reason we're doing it is there bringing incremental audiences the brands equal opportunities to monetize in a reinforcing awareness of those brands in the broader ecosystem, so as we execute our flagship strategy which is based on bringing the brands to a range of places.

Space it's important those brands are top of mind and part of that is having a branch in the social space the BBC and other broadcasters in the UK have talked about banding together to kind of create something that would rival Netflix I don't know if it's something that you have thought about son.

What do you think about the idea that they could they could do that absolutely going on in the way? I think this is less about you said Netflix with the better now.

He probably is Hulu when you ask where who was created by the broadcaster is coming together.

riding non-broadcast access to their products so I think that's private better analogy and creates the UK audiences aren't really very aware of hula, but it creates a similar service in terms of what the batteries into this and mend opportunity which were already feeding with my five but a broader door which combines PS3 product could be a very powerful entity in in the UK and one that we thanks quite interesting but bacchus viacom CEO