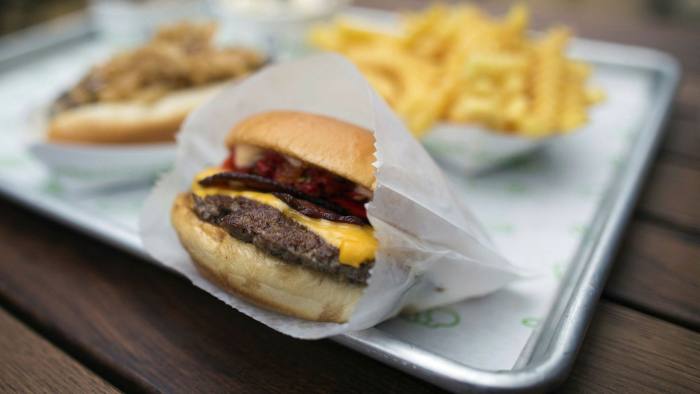 Summary: Boris Johnson is preparing to unveil sweeping curbs on how unhealthy foods are sold in Britain, with advertising, retail and food executives braced for one of the worldâs most restrictive marketing regimes. Executives briefed on the government plans, which could be announced as early as next week, expect a ban on online advertising of unhealthy foods, a pre-9pm watershed on television adverts, and tight curbs on in-store promotions. Ministers and officials are still locked in a fierce debate about the precise anti-obesity measures, especially regarding how far to go in requiring more prominent labelling of food and drinks with high levels of sugar or salt. But industry lobbyists are resigned to Mr Johnson and Matt Hancock, the health secretary, proposing far-reaching measures that will transform the promotion of everything from chocolate bars and yoghurt drinks to fast-food chains and mayonnaise.Â  Among the proposals is a requirement for large restaurants to put calorie labels on menus. The prime minister also wants to launch a consultation on putting calorie labels on alcoholic drinks. Last year Mr Johnson criticised âsin taxesâ but his brush with death from coronavirus in April prompted a change of heart from the prime minister, who was convinced that he fell particularly ill because he was overweight. In June he told Times Radio that he had abandoned his âlibertarian stance on obesityâ, saying: âWe will be happier, fitter and more resistant to diseases like Covid if we can tackle obesity.â Mr Johnson has rejected a new round of sugar taxes. Senior Conservatives instead say the obesity strategy will focus on âhelping people make better choicesâ and improving healthy living. Cycling and walking are being promoted by the government. Just as business begins to chart a course back from the severe impacts of Covid-19, such an ill-thought out policy cuts across Treasury efforts to support the sector and risks jobs and livelihoods Phil Smith, chief executive of ISBA An NHS England study in 2018 found that 64 per cent of adults and 30 per cent of children were overweight or obese, a figure barely dented by various government anti-obesity initiatives.Â  Britain already restricts advertising of so-called âjunk foodsâ on television, in posters and online. But these rules generally seek to limit advertisers targeting of children, rather than ban advertising outright.Â  Since 2007 broadcasters have been prevented from advertising unhealthy products in programmes that appeal to children. Other rules, applied since 2017, bar advertisers from targeting children with such products in marketing online, in print and in cinemas.Â  The more intrusive restrictions under consideration would have a big impact on thousands of businesses involved in making, selling and promoting foods.Â  Broadcasters such as ITV and Channel 4 have warned the government that the intervention would damage their sector, which is already suffering from a post-lockdown slump in advertising budgets.Â Television executives estimate a ban would affect around Â£200m of ad spending across the sector.Â  Senior government figures admit the new restrictions would âhit the commercial broadcasters hardâ but they said Number 10 was determined to âthrow everythingâ at the obesity problem. Advertisers fear the breadth of the curbs will hit both big brands and smaller companies, such as fast food restaurants or small manufacturers, which will have to look to new ways to market themselves to consumers. âBrands have partnered effectively with government over the lockdown period to support, develop and amplify public health campaigns,â said Phil Smith, chief executive of ISBA, which represents leading UK advertisers. âJust as business begins to chart a course back from the severe impacts of Covid-19, such an ill-thought out policy cuts across Treasury efforts to support the sector and risks jobs and livelihoods.â Stephen Woodford, chief executive of the Advertising Association, said a ban would be âin direct conflictâ with the governmentâs âown evidence that such restrictions would have minimal impact on obesity levelsâ. Recommended Camilla Cavendish A chance to reshape UK public health strategy and target obesity The government is expected to propose enacting the reforms before the next election, due in 2024, with primary legislation required for the restrictions on online advertising. The process could take several years to conclude.Â  âIt is a very hard lobby [for anti-obesity], they have been lobbying for years and years,â said one executive heavily affected by the proposals. âWe will not give up because we donât think there is a good case for it.âÂ  Claire Enders of Enders Analysis said a ban on advertising unhealthy foods on television had âno prospect of successfully addressing this health crisisâ and would âdisproportionately damage broadcasters and advertisers' businessesâ.Â  The definition of foods that are high in fat, salt or sugar â so-called HFSS â can be broad. Brands potentially caught by restrictions range from the Burger King chain and Birds Eye fish fingers to Dairylea Cheddar slices and Tabasco sauce. An executive at a big food company said: âWe havenât seen the evidence base that supports the idea that these measures will actually move the dial on obesity.â Others in the sector warn that without advertising, producers would compete on price and quality, either cutting prices or adding sugar. They pointed to government estimates that suggest restricting placements of sugary and high-calorie food and drinks in stores would cut average daily calorie intake among young children by just 9 calories for boys and 8 for girls. Boys aged 4 to 10 typically consume 1,521 calories, while girls eat around 1,401. The government does warn, however, that these reductions are likely to be âsignificant underestimatesâ.Â  Alan Jope, chief executive of Unilever â the world's largest manufacturer of ice cream, producing brands including Magnum and Ben & Jerry's among other consumer products â said: âWe welcome regulation and we welcome certain types of useful labelling.âÂ  He said Unilever had already adopted new voluntary measures in February, such as stopping all TV and radio marketing of food and refreshments to children under 12, and social media marketing to children under 13. It also stopped marketing through social media âinfluencersâ who are under 12. - www.ft.com