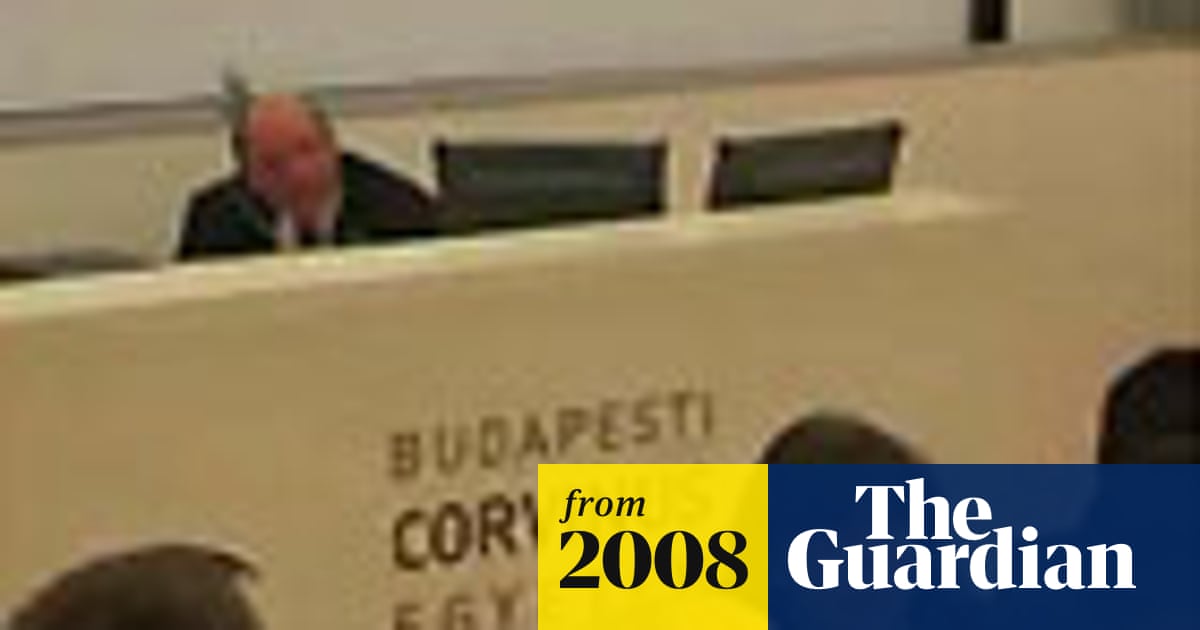 Summary: Microsoft's chief executive, Steve Ballmer, narrowly avoided getting egg on his face on Monday when a furious Hungarian student began pelting him with missiles during a lecture at a university in Budapest. In an incident caught on video which has fast become a YouTube hit, the boss of the world's biggest software company was obliged to take cover under a desk at Corvinus University to avoid a one-man protest by a portly, bespectacled individual in a white shirt. The interruption happened just as Ballmer began addressing the students by asking, in avuncular fashion, how many of them were studying for imminent exams. - guardian.co.uk