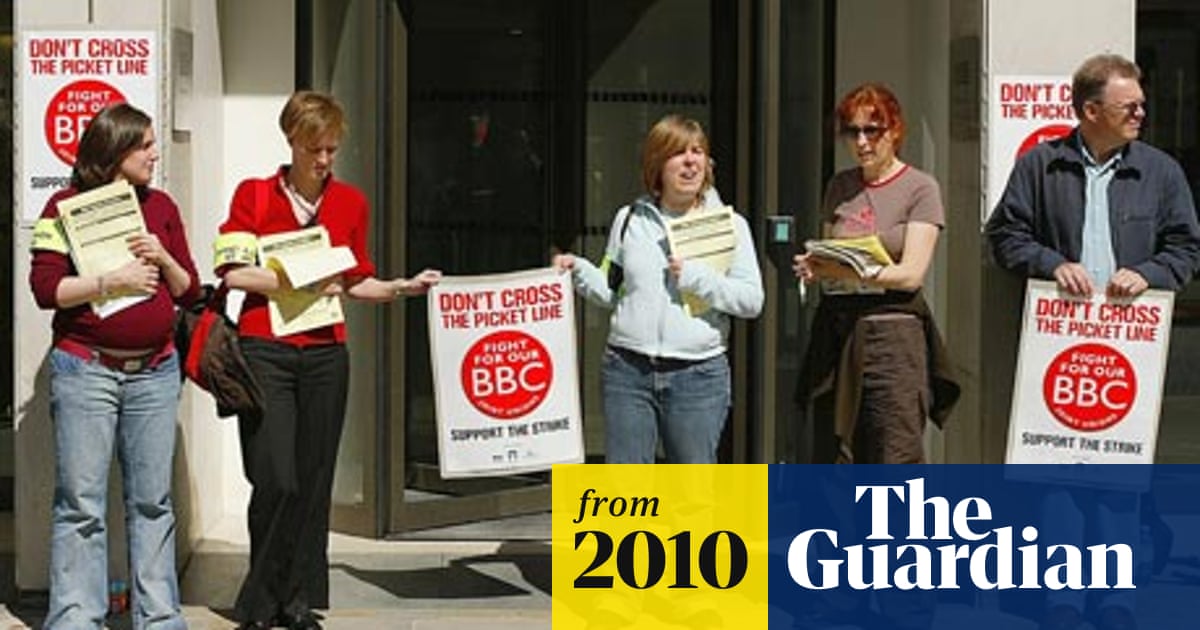 Summary: BBC staff on strike in 2005, over job cuts. Today's overwhelming vote in favour of industrial action could threaten BBC coverage of the closing stages of the Proms and the pope's visit to the UK later this month. However, with BBC management understood to be planning concessions on its controversial proposals to overhaul the final salary pension scheme, the unions held back from naming strike dates in order that talks can be held over the next two weeks to resolve the dispute. - guardian.co.uk