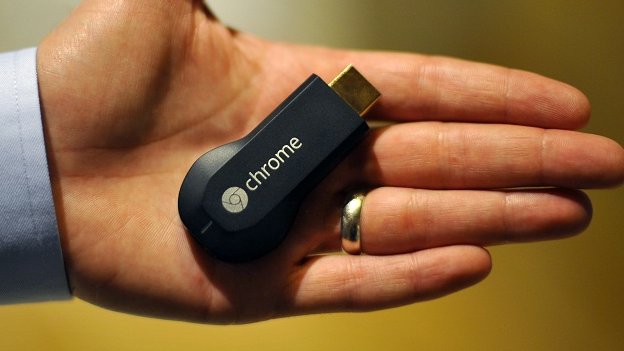 Summary: Google's Chromecast is a device which plugs into your television, allowing users to stream content like web video and music wirelessly from a mobile device or laptop. The dongle was released last week at an aggressive price of 35 23, and represents yet another foray for the firm into television hardware, having previously struggled to make much impact with its separate Google TV project. The device currently only works with a few mobile apps, but many more are expected to come on stream shortly. - bbc.co.uk