Read this: Cable television: News you can lose - The Economist 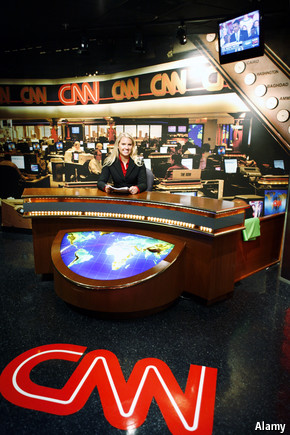 Summary: Every weekday at 9am he confers with his teams in New York, Atlanta, Washington, DC, and other bureaus to discuss ratings and web traffic, and to decide what news to cover. Previous bosses at the channel rarely attended morning news meetings, but Mr Zucker has been hands-on since January 2013, when he took over the role. However, he also believes that CNN cannot live by news alone. - economist.com