Read this: Good Morning Britain 'heading for the chop after ratings slump' (and not even host Susanna Reid can pull in the viewers) 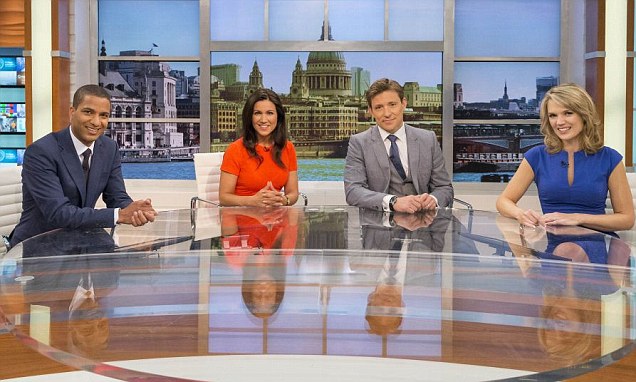 Summary: Since it launched to a grand fanfare at the end of April, ratings have plummeted as viewers continue to tune in to Reid's former show BBC Breakfast. For the past fortnight the programme has failed to reach the 15 per cent of the audience share bosses reportedly said it needed to survive, and the show is being watched by fewer people than flop Daybreak - which it was brought in to replace. 'But we do want it to get above 15 percent - or it is toast.' Good Morning Britain's high profile launch came after its predecessor Daybreak was dropped for low audience figures. - dailymail.co.uk