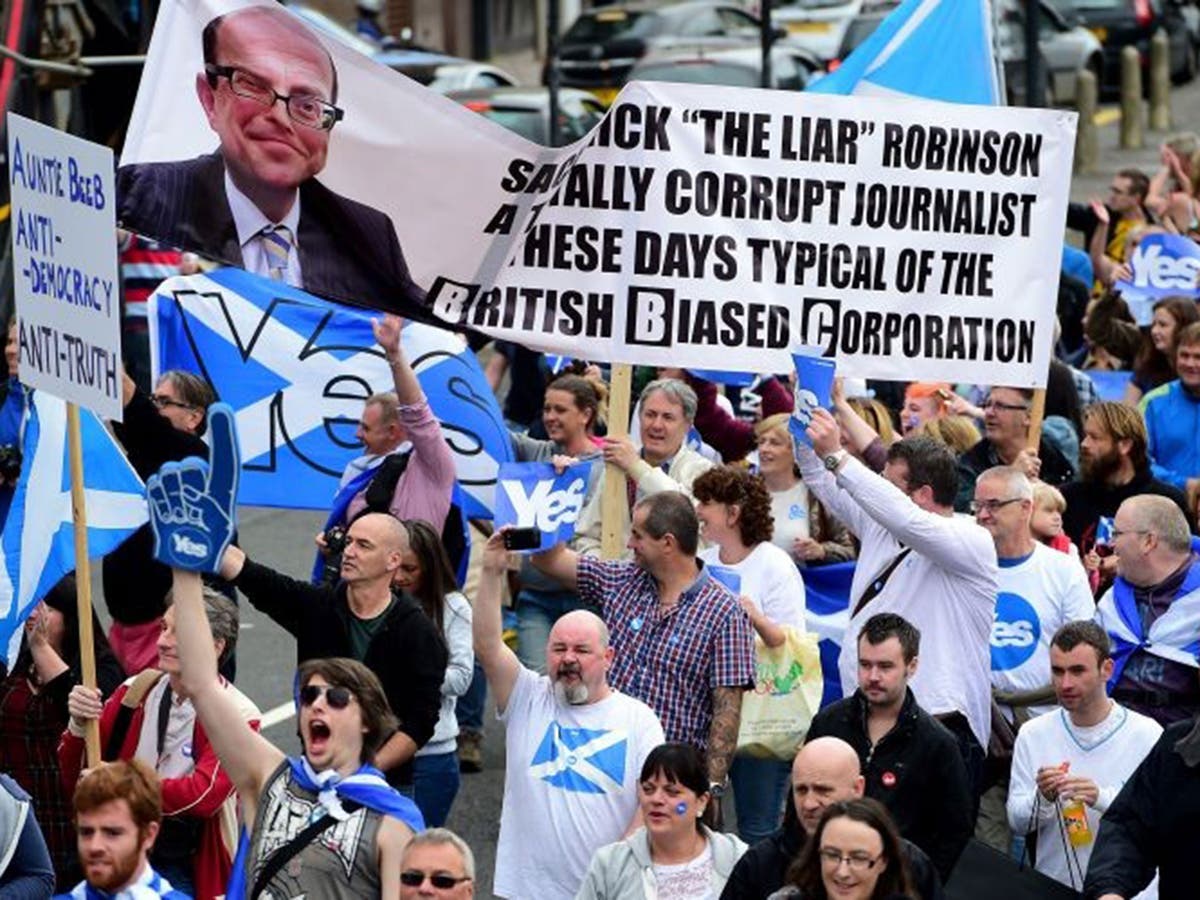 Summary: Bias, undiluted propaganda and outright lies from broadcasters and newspapers denied the separatists their destiny, the narrative went, as the Scottish news machine was operated by shadowy figures pulling levers south of the border. Only one Scottish newspaper the Sunday Herald had the courage to back independence and as for the British Broadcasting Corporation, well, the clue was in the name. On the upside, an exercise that drew 85 per cent of the electorate to the ballot boxes may encourage a wave of young Scottish news junkies, counter to trends elsewhere. - independent.co.uk