Switching from Sky+ to Freeview+ could save hundreds of pounds

In the first example, a big match kick-off at Wembley is held up until Mike in Cirencester has finished his bath and dried his hair. In a second, Gordon Ramsay is repeatedly rewound, and wound up, because Helen in Swansea hasn't been able to catch his rapid-fire recipe. And in another, an early 19th century Ball at Hampton Court is suspended until Zoe in Godalming is back from Barbados and ready to watch them off series record. 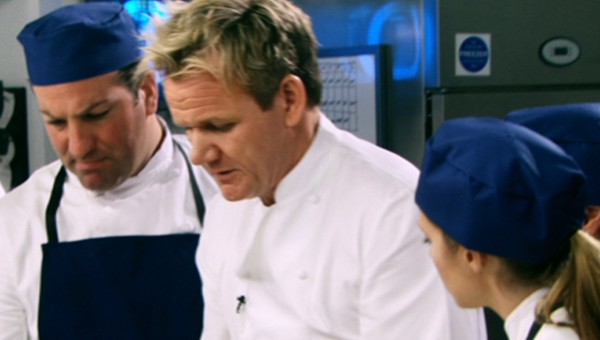 Freeview can be upgraded to the '+' service without all the trouble that the satellite services require (a "quad LNB" for the dish, and extra cables to the Sky+ or Freesat+ box) and offers viewers the same: pause, rewind and record their favourite shows.

Switching from Sky+ to Freeview+ could save two hundred pounds in the first year alone. Even more can be saved with Tesco, where customers buying a Techwood Freeview+ box for £69.97 will get a free standard Freeview box too.

There will also be a revamped Freeview.co.uk website too.

Rob Famer, from Freeview says "there are no monthly bills with Freeview+, you can just enjoy the control it gives you of the telly you love. This campaign celebrates the functionality from the public's perspective, rather than the TV personality's. We're aiming to make the power shift itself a source of entertainment

Freeview's proposition is as relevant today as it's ever been. With a new Discovery channel and, later, HD coming next year, we're confident in Freeview's continued ability to deliver the quality TV people want, without the bills they don't want."