The placeholder for Channel 4's new catch-up channel, 4-seven is now on the ArqB/COM6 multiplex showing up as channel 47. It does not appear in areas where switchover happens later in the year.


If you do a rescan for channels on your Freeview set-top box or television, you may now find a new channel at position 47 called "Channel 4-seven".

However, this will be only the case if you use on of the main Freeview transmitters that have already gone though digital switchover. So, those in London will not see the channel appear until the 18th April.

This new channel from the Channel 4 Corporation (a not-for-profit public broadcaster) will be something new - for a repeats channel.

Rather than showing the whole of a channel an hour later (as Channel 4+1 does), this new channel will schedule only the top shows from Channel 4 in their original timeslots for the week following their original broadcast on the main channel.

The channel will also appear on Freesat (probably at 127) and other platforms. 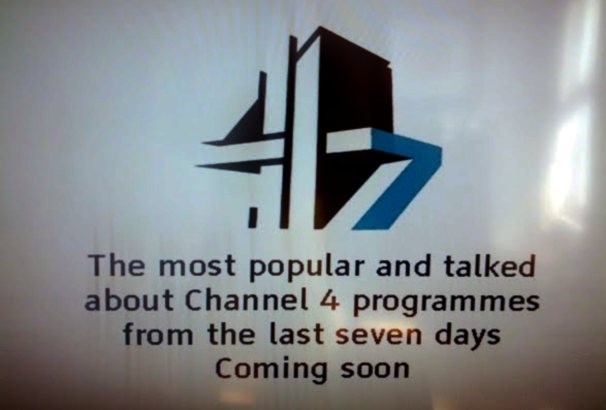 Help with TV/radio stations?
[][][
In this section
Comments
M
Maurice Hayward
7:49 PM
Sutton Coldfield
Hello again......The bottom line is that EVERYTHING IS WORKING.
Perhaps I should use my age as an excuse (I am 70 years old).....but I tried everything to try and tune channel 47 into the Recorder...then as a last resort I went back again to the EASY SETUP OPTION....AND BINGO....this time it worked.
I felt that I had to let you know...as you have tried to help....Kind Regards Maurice Hayward

Maurice Hayward's 8 posts
J
jb38
sentiment_very_satisfiedPlatinum
8:49 PM
Maurice Hayward: Thanks for taking the time to give an update regarding your Sony's problem, and I am pleased to hear that the situation has at last been rectified as there wasn't really any other options left.

jb38's 7,179 posts
A
Alfred
1:36 PM
I watch the TPC on satellite at 9 degrees East and pick up the notes on your new channel is it beamed to South Africa

Alfred's 1 post
M
Mandy Lockley
10:02 PM
How can I stop 47 automatically recording programmes which I have previously recorded on channel 4. The 47 recording then takes precedence over other programmes I have set to record meaning I often lose them. This is very frustrating.

Mandy Lockley's 1 post
J
jb38
sentiment_very_satisfiedPlatinum
11:22 PM
Mandy Lockley: What exactly is meant by 47? and what type or recording device do you have?

Briantist's 38,844 posts
G
Graham Gomersall-freeman
4:22 PM
Dear.sir.madam can you please tell me if you are going to show exeme wearther programs again yours sincerley