Channel 4 repeats service on Freesat and most Freeview sets

4seven, a new channel from Channel 4 that provides copious repeats of the current weeks programming from the main channel has started broadcasting.


Most viewers should now find that they can watch the new "4seven" TV repeats service.

The channel will have appeared as position "47" for Freeview viewers in areas that have switched over the digital only transmission. (see also Channel 4-seven is now in the Freeview EPG in switched-over areas).

Freeview viewers in the "Tyne Tees" area will get the channel on Wednesday 26th September 2012, and it will come to transmitters in Northern Ireland on Wednesday 24th October 2012. 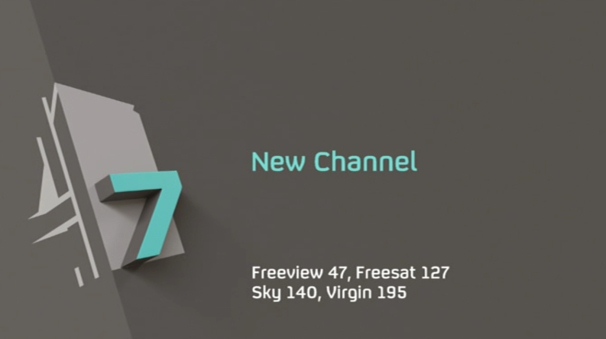 The channel is NOT carried on the public service "Freeview Light" transmitters, which DO carry Channel 4+1 along with Channel 4, E4 (except Wales) and More4.


Help with TV/radio stations?
[][][
In this section
Comments
craa22uk
11:49 AM
is the service launced on virgin?

craa22uk's 2 posts
Briantist
sentiment_very_satisfiedOwner
11:52 AM
craa22uk: See the above picture...

Briantist's 38,844 posts
S
Stuart
9:14 PM
Sorry but Channel 4 already repeat its programmes to death on E4 and More4 and you can pick up on programmes you've missed on 4OD. What is this channel going to offer that they don't? And Channel 4 unfortunately have so few programmes worth watching twice, I think it's probably a waste of time and digital bandwidth and more like a cynical attempt to generate more advertising revenue.

Dave's 126 posts
M
Mark Fletcher
sentiment_satisfiedGold
12:01 AM
Halifax
Dave,Brighton.Your last six words in yer previous text could by 2030 be the norm,as SD by then could be switched off altogether.Mind you once UHD (4320p) possibly by 2050 becomes reality then HD (1080p) will too be switched off and 1,000+ UHD channels thru terrestrial aerial by then (i may be long gone by then ?) will all be provided on only one multiplex per mast whether it is on a minor/major relay or main transmitter itself !

Mark Fletcher's 673 posts
J
John Gleeson
5:15 PM
I watch the word game programme Countdown and I notice that exactly the same edition of the programme is broadcast only 2 hours after the original CH4 showing, 1 hour after the +1, which seems totally pointless. Why don't, can't they show that edition of the programme from a few days previous in case it was difficult to watch the original showing on that day. That seems to make more sense, but the broadcasters think they know best don't they! It might as well be CH4+2.

Actually they ought to get rid of all the +1 channels & make them at least +2 as if you have a programme clash a one hour time difference can very often still conflict with the first programme, whereas the majority of programmes are not going to last more than two hours in length, so less likely to conflict.

Stuart Hammonds's 1 post
G
G.S
5:54 AM
Stuart:One more channel of repeats is just what British Tv does not need.
Better and newer is needed and filling Free-view with constant repeat channels is just a waste of air space and 4seven is yet another prime example.

G.S's 1 post
P
Phil
11:01 AM
I have the new channel showing on my EPG but when I select it get a no signal message.

This is in Havant just outside of Portsmouth on a Bush HD freesat box.

Phil's 2 posts
S
Seafra
7:23 PM
advertising for this channel on CH4 needs to be ammended as it mentiosn to exclusions.
For Freeview it only mentiosn a re-tune may be necessay.