The original plan for digital-only television services had created a set of cleared (unused, for resale as 4G) frequencies in the range C31 to C40, and a smaller one in the C63-C68 range. However, to align the frequencies with the rest of Europe and to provide the mobile internet companies with more desirable frequencies the allocations were changed - see Digital Dividend - changes to the 800MHz band. 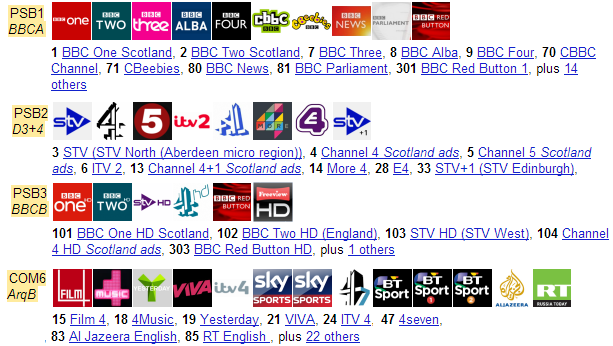 Help with TV/radio stations?
[][][
In this section
Comments
Briantist
sentiment_very_satisfiedOwner
9:01 AM
David Bayliss: You won't get any English channels - the Freeview DTT signals don't reach beyond the UK's borders.

Briantist's 38,844 posts
Briantist
sentiment_very_satisfiedOwner
9:03 AM
Iain Davies : Except it's not.

The telecoms companies want the 700MHz band next.

Looks like they will get it from 2019, so in five years time there will have to be a whole new set of changes.

Le plus ca change, as they say.