The BBC and Digital UK report there are no faults or engineering work on the Hannington (Hampshire, England) transmitter. 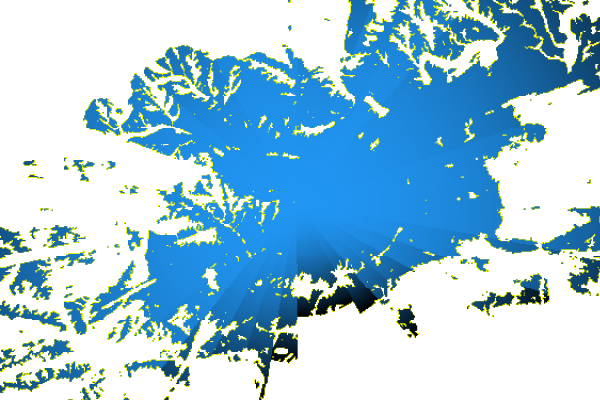 Hannington Freeview Hannington DAB Hannington TV region BBC South Meridian/Central (Thames Valley micro region)
Comments
L
Louise West
6:33 PM
Winchester
We cannot get BBC radio stations on our digital radios in the house, but can receive them via the tv. Any help?
Our address is 10 Cranworth Rd, SO22 6SD

They are visible in the guide, but there seems to be no output.

Can anyone shed light on this ?

Andy Fraser's 53 posts
R
Richard Cooper
sentiment_satisfiedGold
5:20 PM
Norwich
Andy Fraser: Hi Andy. The power of SDL from Hannington is 4.6 kilowatts (4600W), which is only 200 watts less than Digital One (D1), so you can assume that SDL's coverage area is very, very slightly less than that of Digital One, so why not ask someone who is in a greenish yellow area, such as Salisbury, Wilts, Oxford or somewhere in South London, what their Sound Digital reception is like? I'd choose Salisbury because places to the North and East of Hannington will probably pick up Sound Digital from transmitters nearer them! I'm sure that Briantist will get around to updating the web pages of DAB transmitters that transmit SDL eventually ! Give the poor man a break! Richard, Norwich.

Richard Cooper's 461 posts
Andy Fraser
sentiment_satisfiedBronze
5:57 PM
Thanks for your reply Richard. I'm sorry, for sounding impatient. It was just that the previous comment on this page was Feb 2013, so it looked abandoned.

In Fleet I no longer receive a usable signal on Planet Rock since it moved off D1 (although I haven't listened to it much since it went mono).

It seems very difficult to actually find where the DAB signals are coming from. Basingstoke, Odiham and Hungry Hill are all shown as main transmitters and are nearer than Hannington, but I've no idea if any of them have D2 stations, or if I'm more likely to receive from any of them rather than Hannington.

Andy Fraser's 53 posts
R
Richard Cooper
sentiment_satisfiedGold
8:21 PM
Norwich
Andy Fraser: Hi, again Andy. According to my reference sources other than UKFREE.TV, Basingstoke, Odiham and Hungry Hill don't transmit the D2 stations at the moment. It would be useful if you could give me either the name of the town where you are situated or at least the beginnings of your postcode. I will perfectly understand if you do not want to give me your full postcode, but just the start of it would be very helpful so that I can use my various sources to see if I can locate another relatively nearby transmitter that does carry D2 stations. I look forward to hearing from you again soon so that we can further develop strategies for you to be able to receive Planet Rock on Sound Digital at your location. I can be online on this site for a little while longer this evening to take your enquiries further with you. Get back to me soon if you can please. Richard, Norwich.

Richard Cooper's 461 posts
R
Richard Cooper
sentiment_satisfiedGold
8:37 PM
Norwich
Andy Fraser: Hi Andy, Just realised you had already said you were in Fleet. According to the BBC reception website, you can also get DAB signals from one or more of: Membury, Berks or even Wrotham in Kent, both of which carry Sound digital stations on VHF Band III, Block 11A, otherwise known as Channel 11A, even though these transmitters could be further away than those you listed earlier. You should see if your DAB radio will do a manual tune to channel 11A. Make sure aerial is right up and radio is preferably on the first or a higher floor and near a window. I'm assuming you're not using a loft or outdoor aerial.. Hope this helps, Richard.