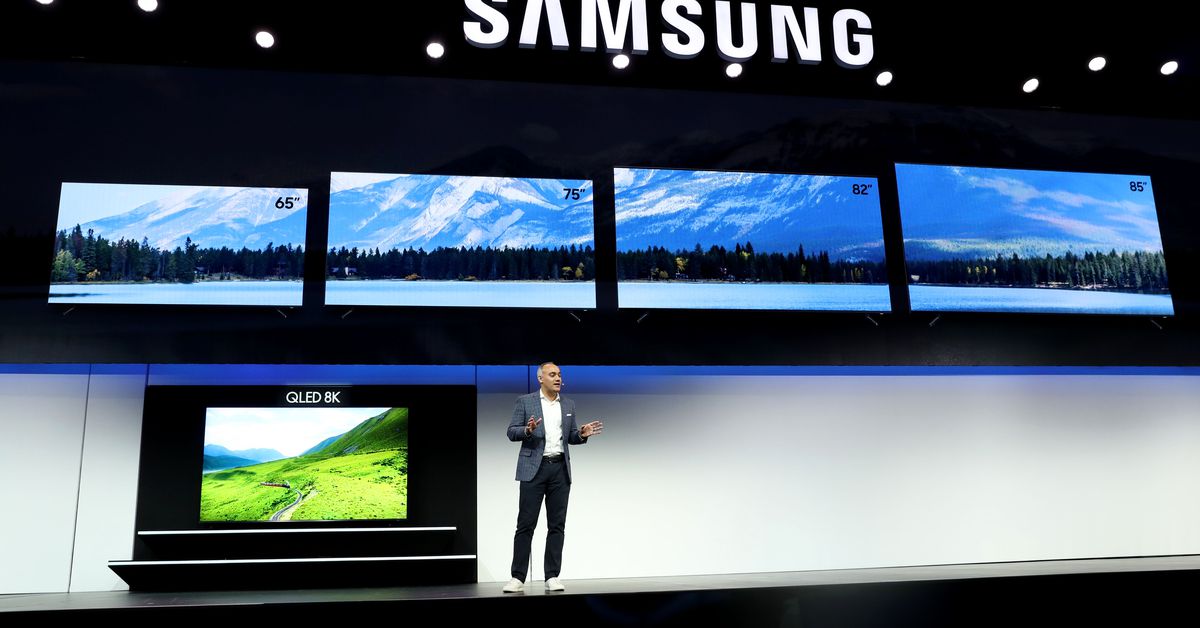 Summary: The biggest TV trend at CES yet again, still feels like a fantasy that's not making much progress towards becoming a living room reality. Companies are going bigger and bigger at CES this year Sony has a 98-inch 8K LCD TV, and LG unveiled an 88-inch 8K OLED I don't even want to think about how much those will cost when they go on sale in a few months. - www.theverge.com

Comments
Brian Wright
sentiment_satisfiedBronze
10:17 AM
When will we get the Freeview platform to start broadcasting in 4K . I have been looking at the latest 4K tv's and it is quite difficult to get the shop/store to get them to source a normal HD broadcast to check out the tv's ability to upscale a reasonable picture without the artifacts that are are not visible on my 6 year old Plasma set. With the latest CES demonstrating 8K displays, it does not appear on many consumers wish list at the moment until we in the UK upgrade our public broadcasting networks. I've said it before and I' ll say it again, please don't go down the DAB route again. At least streaming does improve the situation somewhat when you can find it.

Brian Wright's 77 posts
M
MikeB
sentiment_very_satisfiedPlatinum
6:54 PM
Brian Wright: Where I work, the bulk of TV's are on a normal HD TV source. In fact, one of my big bugbears is when I cant show off a TV on a normal source - some just cant be hooked up, especially at the high end, where manufacturers have set displays which make it tough to put in an alternative feed.

4K sets are fine on HD - in fact they are better than the few remaining HD sets we stock showing the same HD feed - better colour and movement, with very good upscaling, even at the decent entry level. Yes, there is some dragging, but not bad at all considering.

8K is already here - we have had a Samsung 75in set in the department for weeks. Its just that its lovely 8k demo doesnt actually show just how much better it is than the 75in 4K set (showing its demo) next to it, at two grand less...

There have not been any plans published for the transmission of 4K transmissions as yet and 8K will not be broadcast for some while yet, if at all. There are two problems, they have to develop a suitable method of transmitting the signals without using too much bandwidth in a restricted spectral range as a significant proportion has been re-allocated for 5G use plus designing a tuner/decoder to build into the TVs so they can then receive and sort out the signals. Currently, they are still working on getting more HD transmissions using the DVB-T2 system. That provides the current 1K services from many transmitters, but 4K will need considerably more bandwidth than is available unless they successfully develop a compression system to 'squeaze' more data into a similar bandwidth, it will have to compress 4 times as much data for 4K or 8 times for 8K. Whether that problem has yet been solved yet has not been announced publicly.

MikeP's 3,056 posts
M
MikeB
sentiment_very_satisfiedPlatinum
10:29 PM
MikeP: True - we havnt shaken off SD yet! Streaming or sat/cable is going to be the way to go for 4K/8K for the time being, and even when T2 tuners become standard, as you say, 4K still isnt going to be really doable to any great extent.

And yet, my employer does not bother to stock any HD TV over 40in, apart from just 2 sets. Thats it. 32in - yes, they are all HD, but thats relatively few, because thats really a bedroom sized set now. 49in is the average size purchased, and 55in isnt running that far behind. And they are all 4K. So the mismatch, as it has been in the past, is between the screen resolution that most people can watch at, and the screen resolution that people can get. That demand can be filled by streaming, etc, but its not going to be broadcast any time soon.