What is required to convert a high powered analogue station to a full digital service?

The digital age is upon us and as such 52 main transmitter stations including Long Mountain and their various groups will be converted to a full digital terrestrial television (DTT) service over the next three years. Some of you may be aware that the Beacon Hill and Stockland Hill transmitters have already been successfully converted and will be followed shortly in the coming weeks by Caldbeck.

This article will take you through the nuts and bolts of what is required to convert a high powered analogue station to a full digital service.

Since 15th November 1998, the United Kingdom has enjoyed a watered-down version of the Freeview service. The smaller low powered relays have not been able to carry this service due to the lack of available channels and spectrum that is already very full.

Hence the need to remove the analogue service and free up available channels for public service and commercial use. 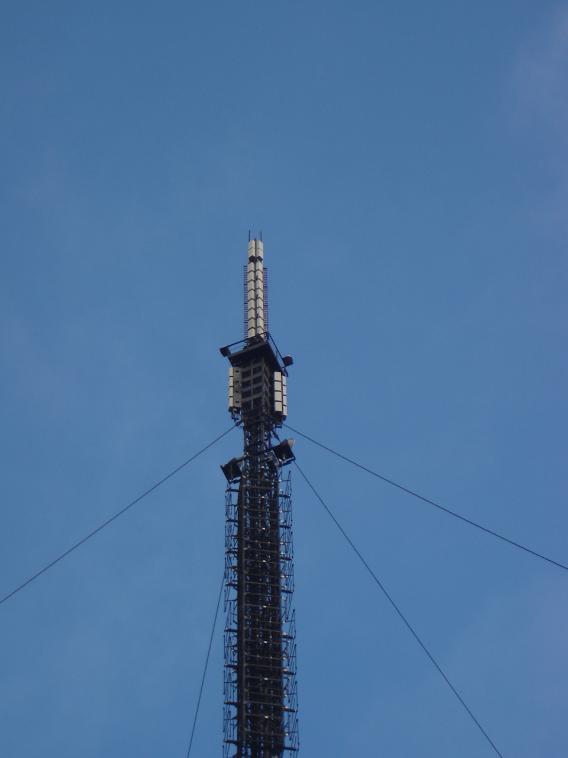 Caldbeck servicing Cumbria and Southern Scotland required the largest engineering project not seen the network was first constructed, some people have to fathom that there is a newly constructed mast there larger than the Eiffle Tower in Paris. The transmitter at Winter Hill (servicing the North West of England) required major engineering work and a complete reorganising of it's aerial system. Currently at Black Hill (servicing Central Scotland) engineers are building a new 1000ft mast. Sandy Heath in the East Midlands is under going major work and at the Divis transmitter (serving Northern Ireland) a new 650ft mast will be built beginning next year. This is the tip of the iceberg of what is going on.

What the digital switch-over is actually about is taking a network that took roughly thirty years to build - and rebuild it in less than five years. People will have to remain patient with breaks in service while construction continues because the truth is there were very few complaints for a service that was taken for granted because it was so reliable.

Anyone who has seen their local television mast knows its best known feature is its white top, this is in fact the television aerial array protected by glass reinforced plastic.

Standard removal of this cylinder is a lengthy process - whilst it looks small from the ground it actually a very large that weighs several tons. To keep the services on the air, a temporary aerial has to be constructed lower down on the mast. For digital switchover each main station is equipped with a permanent reserve aerial.

This Youtube video from the 1992 Divis fit out explains the process behind removing the cylinder:- 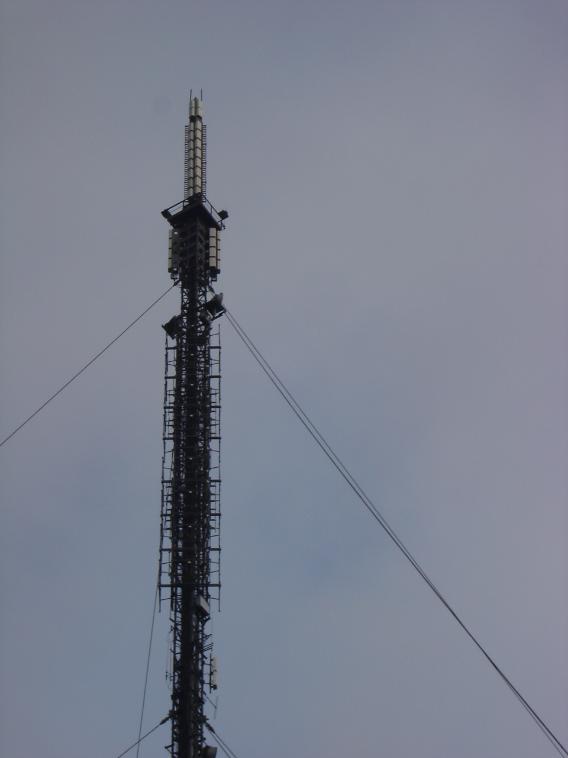 As the majority of sites are dual running (digital and analogue) brand new combiner buildings have been built to supply the new feeder runs to the masts. Over 300 meters of feeders and cable have to be removed and re-installed twice-over and brand new feeder runs to and from the mast.

The old (white cylinder) main aerial which is made from glass reinforced plastic is then removed along with any of the steel gantries and replaced with the new high powered paneled aerial. All the new aerials are for a cardioid radiation pattern, which simply means they will broadcast in a configurable 360 degree pattern.

Unfortunately, due to weather some work fell behind over the winter period. At 1,000 feet the winds at this height in excess of 40mph, not safe working continuations. Ice accumulates on the mast stays at these heights and that makes it a very dangerous working environment.

Imagine a block of ice the size of a transit van falling from 860ft. Puts it into a bit of perspective.

There are other bits and pieces of work and it is impossible to go into it all in detail but i hope that gives a flavor of the task at hand. Please feel free to ask any questions.


Help with Freeview, aerials?
[][][
In this section
CommentsYour comment please