Saorview on the Holywell Hill (Republic of Ireland) transmitter 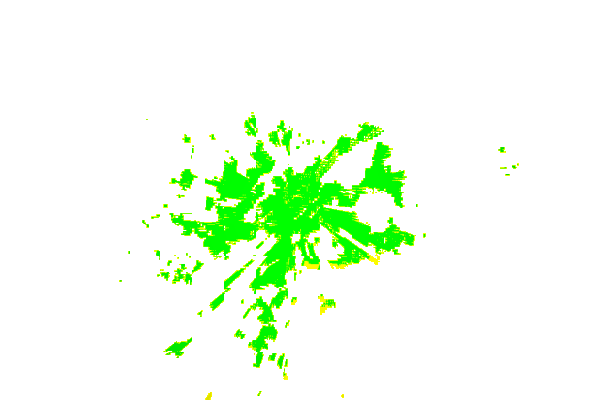 The symbol shows the location of the Holywell Hill (Republic of Ireland) transmitter. The bright green areas shown where the signal from this transmitter is strong, dark green areas are poorer signals. Those parts shown in yellow may have interference on the same frequency from other masts.

The BBC and Digital UK report there are no faults or engineering work on the Holywell Hill transmitter.

Which Saorview channels does the Holywell Hill transmitter broadcast?

How will the Holywell Hill (Republic of Ireland) transmission frequencies change over time?

Comments
M
martin
11:18 PM
Londonderry
Hello, I have recently (april 2012) bought a Television with built in freeview but i am unable to pick up bbc1 and bbc2. i also have problem with itv1 and itv2 some of the time. i can receive these station well on analogue.
is there anything i can do about this r is it a question of waiting on the switchoff?

martin's 1 post
P
Peter Hegan
10:22 AM
Hi Martin,
Depends where you are located and your aerial set-up, to receive Freeview at present in your area, you need to have a suitable aerial for your nearest Freeview site which is Limavady. Most places on the cityside are okay but for the Waterside you have best reception the nearer you are to the River Foyle, you may also benefit from a mast-head amplifier prior to the power being increased in October.

Peter Hegan's 7 posts
Dave Lindsay
sentiment_very_satisfiedPlatinum
11:23 AM
martin: It is likely that in October, it will work OK for you. So anything you do (sand spend) now (if there is anything to improve matters), will be likely to be purely to affect reception between now and October.

If your new TV has some sort of in-built booster then you could try that.

Dave Lindsay's 5,724 posts
Dave Lindsay
sentiment_very_satisfiedPlatinum
11:26 AM
martin: BBC One, BBC Two, BBC News etc are on UHF channel 67 from Limavady, so try manually tuning to that channel if the set allows.

Dave Lindsay's 5,724 posts
Dave Lindsay
sentiment_very_satisfiedPlatinum
11:39 AM
martin: I would also like to suggest, if only to test, connecting the TV directly to the aerial, i.e. so it doesn't go via other box(es) such as a recorder and Sky box.