Hi. For me to help you, just think of your problem and answer each question in turn. First, are you seeing the words "No Signal" or "Technical fault" on the TV screen?

Start again
Comments
Briantist
sentiment_very_satisfiedOwner
10:22 PM
Welcome to the Knowledge Base, a system that can help you find answers here on UK Free TV. Just answer "yes" or "no" to each question in turn. I am really confident that you will find this a very useful facility,

Briantist's 38,844 posts
H
hugh reddox.
3:31 AM
I live in south ayrshire and cannot get channel 23.will we get this in due course it being stv glasgow.

hugh reddox.'s 1 post
Briantist
sentiment_very_satisfiedOwner
10:49 AM
hugh reddox: The local TV services can only be watched in the locations they are broadcast to.

STV Glasgow can be see on the Local television on Freeview | ukfree.tv - 12 years of independent, free digital TV advice page. It looks like this 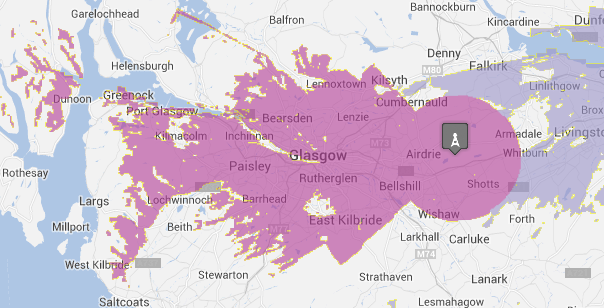 Briantist's 38,844 posts
F
Frank Smith
8:18 AM
Hi Following the recent up date I now find that I have lost the hd channels on my Phillips dvt-t tele but I haven't lost my hd channels on my humax recorder which I also believe is dvb-t
I only bought the tele in july because my sony wasn't full hd and I wanted the full package my question is why???

Frank Smith's 8 posts
Briantist
sentiment_very_satisfiedOwner
2:37 PM
Frank Smith: Please can you go to Are you not sure if you are seeing High Definition (HD) pictures? | Knowledge base | ukfree.tv - 12 years of independent, free digital TV advice ?

Briantist's 38,844 posts
D
Del Hintze
6:29 PM
Edenbridge
Until two days ago, I was able to receive many channels, but the BBC ones were very poor. However, now the BBC channels are working well, but the rest of the channels are just pixilations.
Please can you offer advice?

Del Hintze's 1 post
Dave Lindsay
sentiment_very_satisfiedPlatinum
8:50 AM
Del Hintze: Check that the receiver is tuned to the correct transmitter (the one that the aerial faces) for each multiplex signal as one possible explanation for what you're experiencing is that, for example, you were tuned to the wrong transmitter for BBC (when it was working poorly) and now you're on the right one (but the wrong one for other services.

Some aerials point to Crystal Palace, so if that's you then please say. Indeed, if you say where your aerial is pointing then guidance may be offered as to what you should be tuned to. If your aerial does face TW and you discover that you're tuned incorrectly then advice may be given on how to work around it.

Dave Lindsay's 5,724 posts
D
D Ford
8:36 PM
Bristol
I wish to manually update my freeview channels from the Mendip Transmitter (to avoid the stronger signals from the Wenvoe Welsh transmitter).

Please advice me of the channels to select.

D Ford's 1 post
A
Alan Jones
2:43 PM
Boston
Can you point me in the right direction (web-site?) which spells out in laymans terms in words of one syllable how the different multiplexs are in/compatible. With the two tuners/drives on my TV how can I determine which channels I can watch and or record at the same time? Thanks in advance for your email. Alan Jones

Alan Jones's 1 post
M
MikeB
sentiment_very_satisfiedPlatinum
9:04 PM
Alan Jones: Do you have a Samsung series 7/8 with twin Freeview HD tuners? They are equiped with an extra tuner, but frankly, most people just watch using the main tuner, and record on a seperate box.

Your fine for Belmont or Waltham - just let the TV manually tune, and it should sort out everything for you (there is a 100 degree difference in the bearing). Since your in Boston, I suspect Waltham would be better for East Midlands news. You'll need to go through the manual to find out how to chose the secondary turner to record, and attach the right sort of external drive. You shouldn't need to tune into particular muxes at all. Frankly, you can see why its generally easier to use a seperate box.