Saorview on the Mount Leinster (Republic of Ireland) transmitter 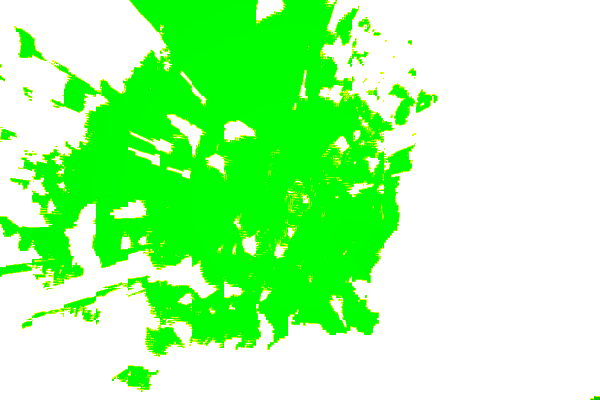 The symbol shows the location of the Mount Leinster (Republic of Ireland) transmitter. The bright green areas shown where the signal from this transmitter is strong, dark green areas are poorer signals. Those parts shown in yellow may have interference on the same frequency from other masts.

The BBC and Digital UK report there are no faults or engineering work on the Mount Leinster transmitter.

Which Saorview channels does the Mount Leinster transmitter broadcast?

How will the Mount Leinster (Republic of Ireland) transmission frequencies change over time?

Comments
A
A.J.
12:38 PM
To 'Anonymous' above: probably best to keep each telescopic rod at 45 degrees, i.e. at 'half vertical, half horizontal' so to speak. This will allow for a variety of different polarisations used by RTE sites, or even lower powered independent sites. The broad sides of the rods should of course be facing towards Ireland, & it probably goes without saying a multi-element outdoor FM aerial (even without amplifier) will more likely bring you greater success. By the way, to the other users on this particular page, I can definitely confirm that Mount Leinster is transmitting SAORVIEW on UHF channels 23 & 26 only (NOT channel 39 as stated) & I understand the tech. standard to be DVB-T with MPEG4

A.J.'s 2 posts
A
Adam Jackson
10:36 PM
I am on the west coast of Wales in a village called St Nicholas about 1 mile from the coast, 3 miles west of Fishguard. We have a loft aerial pointed to Mt Leinster sat above another pointed to the local Freeview transmitter - Trefin. The 2 aerial feeds are combined user a splitter in reverse sending the signals down one cable. I could put the aerials on the roof to get an even better reception but even after the 3.5db loss on the combiner still get around 70% signal/100% quality on ch23 and 60% signal/100% quality on ch26. Relatively new set up, had some high winds and rain with no problems. Will see what happens when we get any atmospheric interference.

Adam Jackson's 4 posts
A
Adam Jackson
4:52 PM
Going from extremely low to complete loss of signal on the Irish channels today, both muxes are near impossible to watch. From a very good signal to almost nothing, I assumed it was a set up problem. Checked all cables and connections, everything seems fine. Pointed both aerials to Mt Leinster and both are having issues so hoping some sort of atmospheric problem that will fix itself on its own.

Adam Jackson's 4 posts
A
Adam Jackson
7:10 PM
18 months later and the loft aerial seems adequate for my location. Get the odd time when the signal quality drops below a watchable level even through the signal strength is within my 'normal' range. This results in both mixes becoming unwatchable, but this is only for an hour or 2 now and again or at worse, for an evening. 90% of the time, it's a stable 60-70% signal strength with 100% signal quality.

Any very recent disruption is more likely to be "Tropospheric Ducting" around causing interference, see https://www.radioandtvhelp.co.uk/help-guides/television/effect-of-tropospheric-ducting-on-freeview for a simplistic explanation. It can be quite variable, come and go within seconds, minutes or hours. It has been particularly strong recently which can wipe out your reception. Climate change is likely to mean these sort of events could be more common.
Currently it may continue on and off for a day or two more.
I hope you saw my reply to you on the Preseli board which was also when there was "Tropo" around!