How to Watch: Channel 4 HD

Below is a list of all the television and radio channels that you can watch in the UK using one of the free services: DAB (for radio), Freeview, Sky No Card - Sky without a viewing card (Freesat from Sky (or fSfS)) and Freesat.. Where a channel can be watched for free, the channel number is listed below. In addition, if you can watch (or listen) immediately online, press the button in the "web" column. 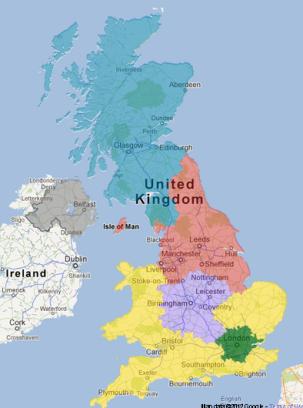 From Wikipedia: Channel 4 is a British public-service television broadcaster which began transmission on 2 November 1982. The Broadcasting Act 1980 began the process of adding a fourth, and Channel 4, along with its Welsh counterpart, was formally created by an Act of Parliament in 1982. After some months of test broadcasts, it began scheduled transmissions on 2 November 1982. - en.wikipedia.org  read more about Channel 4 HD on wikipedia (summary by Clipped).

NottsUK's 345 posts
D
David
sentiment_satisfiedGold
10:06 PM
Will Freesat take care of that for me?
Or will I get messed up again and have to do a Factory reset again?

David's 306 posts
Briantist
sentiment_very_satisfiedOwner
2:32 PM
NottsUK: I understand this to be the case, but as ever I guess we will only see when it happens.

Briantist's 38,844 posts
N
NottsUK
sentiment_satisfiedGold
5:08 PM
Briantist: This is from the SES web site posted on the 4th October 2011. "The new capacity on ASTRA 1N will be used to transmit Channel 4's main high-definition (HD) service together with further HD services over the coming years".

NottsUK's 345 posts
Briantist
sentiment_very_satisfiedOwner
7:12 PM
NottsUK: Yes, I saw that, I just meant that actual dates when services move tend not to get much announcement.

Briantist's 38,844 posts
K
Karen
8:07 PM
ITV1 and 2 and Channel 4 and 5 no signal but all other channels ok I have reinstalled all services 3 times now but still no joy Help ! I can see winter hill from my house but their site says no problems ??