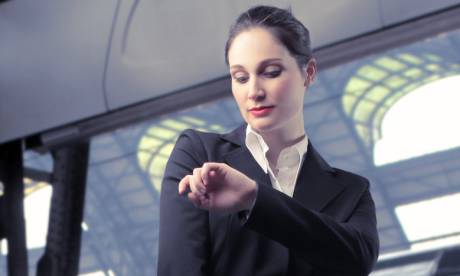 All questions
[][][
In this section
Comments
M
Mike Dimmick
sentiment_very_satisfiedPlatinum
1:29 PM
Hannington COM7 has been on-air since 18 March.

Briantist's 38,844 posts
R
Richard Hibberd
sentiment_satisfiedBronze
5:37 AM
I live in Chippenham, Wiltshire. I get a very good signal from Mendip for my normal freeview . Could you tell me what the range of local tv is. I believe that Bristol will be my nearest.

Richard Hibberd's 30 posts
Dave Lindsay
sentiment_very_satisfiedPlatinum
2:27 PM
Richard Hibberd: The radiation pattern is shown on the page for Mendip, immediately below its map. The local mux is the red leaf-shaped trace.

Dave Lindsay's 5,724 posts
R
Rob
7:54 PM
Cardiff
On the new link to local TV & on the page for Wenvoe its saying that all local stations will be on Channel 8, but this is only in England & Northern Ireland. In Scotland & Wales local TV like Made in Cardiff will be on Channel 26.

Rob's 3 posts
Briantist
sentiment_very_satisfiedOwner
8:41 PM
Rob: Yes, I don't know how that slipped into the system. It's fixed now, thanks for pointing it out.

Briantist's 38,844 posts
K
Kris
9:22 PM
My elderly mother lives in Bromyard HR7 and gets Freeview through a supposed digital aerial installed (at significant cost) over 2 years ago. She has 2 TVs working OK, but reception in other rooms is hopeless. This has not always been the case but it has got much worse in the past few months. Can anyone explain why this might be happening and suggest a cheap and easy remedy?

Kris's 1 post
M
MikeB
sentiment_very_satisfiedPlatinum
9:54 PM
Kris: A full postcode included with your question would be really helpful, since you can do a lot of the legwork yourself, but I think your mother is getting her signal from Winter Hill.

OK - if two TV's are working fine, but others are not, that points to a problem with the way the signal is split (assuming she is using just one aerial). If the splitter/booster is accessable, check that all the connections are in properly, there are no frayed wires, etc. The other thing to check is that the aerial leads from the socket to the back of the TV is fitting correctly.

The other thing to check is that all the TV's are actually tuned to the same transmitter. If you go to the two TV's (sockets) which are fine, turn to BBC1 and then go into the setup menu and check what RF channel/transmitter they are on. Since they are OK, you can check that the other TV's are also on the same channel in the same way. If they are not (there could have been a retune where the wrong transmitter got found first), then see if tuning them into the correct transmitter improves things.

However, it sounds like the connections to the other rooms might have problems, and that needs to be checked. Possibly by the person who first put it in to rectify any errors... or possibly not!

MikeB's 2,579 posts
J
jb38
sentiment_very_satisfiedPlatinum
12:12 AM
Kris : In addition to that said by MikeB, although the Ridge Hill transmitter could possibly be located at around 13 miles or so away from the area referred to, then as the signal from the aerial would appear to be feeding a total of four outlet points is the splitter being used for the purpose of feeding these outlets a powered or non-powered type?, because in most situations it should really be powered. You should try temporarily connecting one of the sets suffering from poor reception into the outlet point used by one of the two thats perfectly OK, if it still fails to receive properly then carry out the procedure as mentioned in MikeB's 3rd paragraph down, the Mux channels used by Ridge Hill being as follows. / 28 (BBC) - 25 (ITV) or 29 (ITV West) - 22 (HD service) - 21 (SDN / ITV3) - 24 (Pick TV etc) - 27 (4Music etc) - 32 (COM 7 HD) - 34 (COM8 - if in operation).