One of the most common problems people have with Freeview reception relates to the use of "loft" aerials. 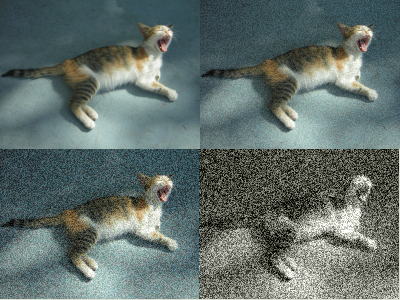 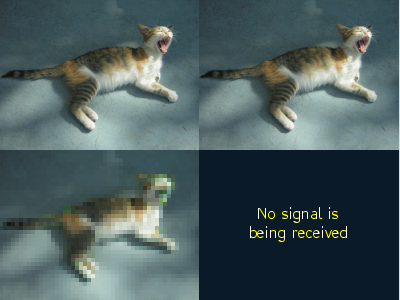 Help with Television sets?
[][][
In this section
Comments
M
Matt T
9:55 PM
Evening all, a quick and possibly very naive query. I have a Sony HD TV in the bedroom that we attached to the wall when we moved in five years ago. The power and standard aerial cable are hidden in the wall and go up into the loft, where the aerial is connected to a amplified indoor aerial. The picture has always been fine (not great), until the big switch, as I now get nothing. My problem is, I don't really want to replace the TV or have to pull the cables out of the wall, so what are my options? A new aerial on the roof? (will this let me pick up freeview, or will I also need a box?)A new aerial and a freeview enabled TV? We have Sky downstairs, but as far as I can see, multiroom will mean me running more cables, phone line, HD cable etc. Any advice much appreciated, post code is ST68QL.

Briantist's 38,844 posts
M
Mr M. Lee
9:16 PM
I have a high gain digital aerial on the roof.The coax cable comes directly from the aerial straight into a booster which will allow two tvs. one goes to one freeview box and the other to the 2nd. Everything was great until the changeover day. In the living room I have Film 4, viva, yeaterday, and a couple of other stations missing and the signal goes weak and I lose BBC channels. In the adjoining room where the other tv is I have every station. The only difference is that in the adjoining I have a Humax freeview box where I can pause and record, rewind live tv etc. The other room has a cheap but up to date freeview box, which was purchased aprox a month before chaneover. Can this be the problem ? If so, why was everything fine before changeover day and now its not ? I,m not the only one in this position. Thanks. Mike

Mr M. Lee's 2 posts
P
Priscille Yeung
11:24 PM
Just moved to rented house where there is an indoor loft aerial. The reception on analogue was poor so was wondering if this will be the same when I purchase a new TV with built in Freeview?

Priscille Yeung's 1 post
I
Ian Davies
12:46 PM
Halesowen
I live at Iverley Road, Halesowen, West Midlands. All the info I can gather states that the signals received here will be in the Vertical Polarity. I'm testing a Triax 52 aerial in the loft and all the signals I can receive are coming from a Horizontal polarity. What would be the compass bearing to the Brierley Hill transmitter? Am I doing something wrong?

Haden Hill and Halesowen being only PSB stations with limited channels.

Briantist's 38,844 posts
Briantist
sentiment_very_satisfiedOwner
10:38 PM
Mr M. Lee: Can you please see the list of things to check on the Freeview signals: too much of a good thing is bad for you | ukfree.tv - independent free digital TV advice page?

Briantist's 38,844 posts
I
Ian Davies
5:10 AM
Halesowen
Hi. I am setting up a new cabling system.I have an aerial in the loft, very strong signal and quality, with a feed to 3 TV's and a PC. I also have a feed into the loft from Virgin+ box, via a modulator. I use an old sender to change channels. How do I send both signals to all the feeds. What kind of box will do it, or can I use some sort of splitter at some point in the system. I will be moving to Sky in the future and I am aware that each TV will need a magic eye and that this will change channel to all TV's. Many thanks in advance.

Ian Davies's 3 posts
J
jb38
sentiment_very_satisfiedPlatinum
8:49 AM
Ian Davies: I am not quite sure about your meaning of an old sender? nor the method you are using to feed the signal from the aerial / RF modulator used with V box to the TV's in the various rooms, but the main thing is that if you are changing to Sky in the future and intending to use magic eyes in each room, then you will have to ensure that the splitter you use in the loft is of the "DC Pass" type, as if not the magic eye power supplies will be blocked.

Other than this the arrangement you presently use will be about the same, with that is the exception of you not requiring the use of the modulator, the only point being that when a Sky box modulator is being incorporated into a distribution system then the Freeview aerial is usually connected into the Sky boxes normal aerial input socket, then the Sky boxes RF2 output is fed to a DC pass splitter to feed the other TV's.